Was Napoleon good or bad for the Jews of France?

Do Jews consider him a hero or a suppressor?

Did Napoleon act towards the Jews for his own good or for the good of the Jews ?

Did Napoleon help Jews assimilate or did he want Jews to move away from their religion ? 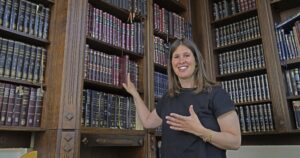 I am Flora Goldenberg, a guide-interpreter in Paris.

Today, we will try to understand the story of Napoleon with the Jews of France. 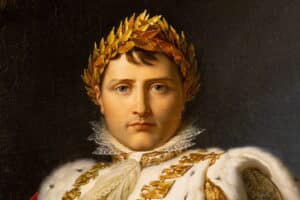 The Jews of France before Napoleon

In the 14th century all the Jews were expelled from France.

When after the 14th century Jews wanted to settle in France, they needed to ask for a “lettre patent” which was a legal document.This document made them legal inhabitants but not citizens. This meant that they had no civil rights. 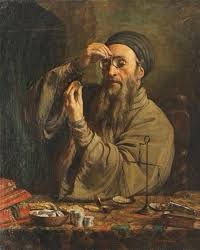 When the French Revolution started in 1789, there were 40.000 Jews living in France.

Two years before the French Revolution, Abbé Grégoire, an influential Catholic priest, pleaded for “physical, moral and political rights” for the Jews in France.

King Louis the 16th asked for a commission to study the Abbot’s request, but with the events of the revolution, two years later, the commission stopped meeting.

So, before the revolution, the process of emancipation of Jews had already started.

After the revolution more Jews returned and there were 170.000  Jews living in France when Napoleon came to power at the end of the 1700-s.

Most of them lived in the east of France, in the regions of Elzas and Lorraine. They were called “ German Jews”

The second biggest Jewish community lived in the south west of France, in Bordeaux and Bayonne. They were called Portuguese Jews.

A smaller number of Jews lived in Paris and in the city of Avignon.

But once the Revolution began, there was an eruption of violence and the Jews in the east of France were actually attacked by their neighbors.

The violence was stopped by the police of the new National Assembly, but it triggered the question: “What about the human rights of the Jews of France?”

Within the National Assembly, the Count Clermont de Tonnerre and Abbot Grégoire brought this question to the attention of the deputies.

These attempts, that today seem not that positive, but that were meant to be positive towards the Jews, failed.

So it was Napoleon Bonaparte who continued their attempts in 1808.

Napoleon and the Jews

When Napoleon came to power at the end of the 1700-s, his first concern was public order.

By now 170.000 Jews lived in France. The revolution and the declaration of human rights had attracted many Jews to France.

He was not particularly fond of Jews and contrary to what you might hear, did not know a lot about Judaism.

But he was aware that there were difficulties between the Jewish communities and the French society.

As Jews were not considered citizens, many had become money lenders. And to make a living they asked for high interest.

In 1805 France went through an economic crisis and many French families found themselves ruined, owing money to Jews.

-the debts were frozen

-he organized a meeting of 111 Jewish leaders to clarify some elements by asking them questions.

Napoleon asked questions, like “can Jewish men have more than one wife,”, “are Jews hostile towards intermarriage” and “will Jews defend the country where they live?”…

Just reading these questions, we quickly realized that Napoleon did not know much about Judaism yet, and that he and his entourage had not heard about the Talmud that actually addresses these questions.

But we also know that a separate, very negative study about the Jews in France was about to be released, and Napoleon forbade its publication.

After this first attempt to better understand Jews, Napoleon organized a meeting of “ The Grand Sanhedrin” in the city hall of Paris.

Just by giving the meeting this name, Napoleon showed that now he knew about the history of the Jews.

Like the Grand Sanhedrin from 1700 years ago, when in Ancient Israel rabbis gathered and decided on religious and political matters, 71 French Jews met in order to answer various questions. Among the 71 members, 45 were rabbis.

After a year they presented their conclusions.

The result was a major reorganization of Jewish life in France.

Some of the new rules were:

From now on a central Jewish council, called the Consistoire, ruled over Jewish life in France and its members were appointed by “The minister of religion.”

Every French Jew was expected to accept the answers given by the Grand Sanhedrin, if not they were subject to expulsion.

Jews were encouraged to become farmers

Jews had to adopt a non-Jewish family name and their first names had to be those of saints or people from French history.

Jews had to recite prayers for the well being of Napoleon and his family during their services.

One of the results was that within 15 years there were no complaints about Jewish money lenders anymore, and it helped the Jewish society to assimilate.

The Jews and Napoleon

How did the Jews view this development ? Did the fact that Napoleon shifted from emancipation to assimilation affect the opinion of the Jews towards Napoleon ?

Napoleon is good for the Jews

They showed their gratitude by choosing names that related to Napoleon Bonaparte.

In the Elzas, many Jews chose the family name “ Schönheil”, which means the “Good Part” which is the name of Bonaparte = Bon(a)parte in French.

In their prayers they would relate to “Chelek Tov”, which means Good Part in Hebrew.

They remembered that Napoleon opened the ghettos, when he conquered Italy and they were immensely grateful for that.

They understood that Napoleon, without loving Jews in particular, fought for a righteous, just and orderly state with the same rights and equal duties for all of the French citizens, as equals, whether they are Jewish, Christian or Atheist…

Napoleon had actually reorganized the Catholic and Protestant church in the same way before turning to the Jews.

It was the first time ever that Jews experienced this degree of legality so it explains why they complied with gratefulness.

Many synagogues were built in most of the big cities in France, mostly financed by the French state.

It is from this period that Jewish life really started to flourish in France.

Until WW II, Jews were active in all parts and layers of the society and the army.

It explains why there were so many famous and influential Jews between the 1820-s and 1940.

Jewish bankers, artists, art dealers, physicians, officers, journalists and philosophers were contributing to the growth and strength of the country and before WWII France even had a Jewish Prime-Minister, Leon Blum.

A visit in Paris about Napoleon and the Jews 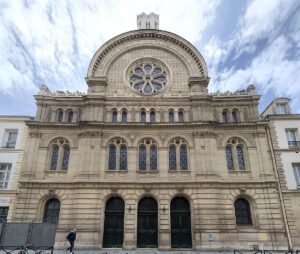 We can visit the tomb of Napoleon  in the Dome of Invalids. He was not particularly fond of Jews but thanks to his pragmatism for the first time Jews were considered equal to all citizens.

Napoleon shaped France to the country that we know today. Many rules, laws, administrations, offices, and organizations date back to his rule.

When we walk around his impressive tomb, we will see how the decoration in the walls depicts all his political actions,

We will also go to the magnificent City Hall of Paris, where the Grand Sanhedrin united in order to establish the base of Jewish life in France until today.

And will visit one of the many synagogues that was built after the meeting of the Grand Sanhedrin and that was financed by the French State. 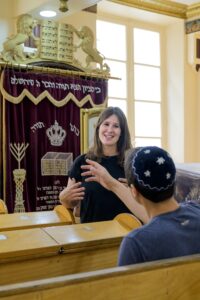 Thank you for reading.

You can book the tour by email : flora.goldenberg@gmail.com