The Blitzkrieg on Paris 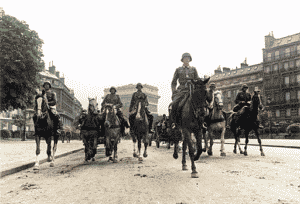 The French did not stand a chance to the surprising attack of the germans. Paris is not more the city of Lights… The germans forced relocation of the French government from Paris to Vichy on the 10th of June 1940. It marked the beginning of the German Occupation in Paris effective 14th of June, 1940 (* Fortescue, 2017).

Germans ratified few French officials to assist in the administration of the city. 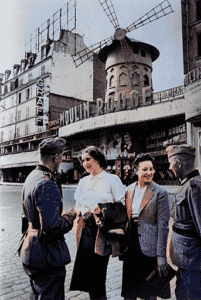 How it happened so fast?

Paris fell for the Nazi Germany in a record of one month that culminated on the 14th of June 1940 after the German forces launched an aggression against the France, an ally. France ratified an armistice with Germans leading to the institution of a puppet state with a capital city at Vichy for the French eight days after the official German occupation (Varley, 2013). Premised on how fast the turn of events worked against the French and in favor of the Germans, one might ask himself how it happened so fast in a record of one month with little initial resistance. 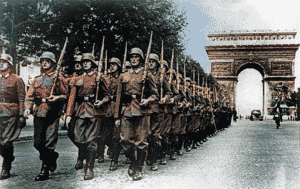 Lackluster and disorganized French correspondence together with the continued unwillingness of the France to agree with impending threat across the west border of Meuse (Cole, 2017). The French government ignored and dismissed the threats on grounds that the forested and rugged terrain in the Ardennes ruled out the possibility of using armor by the moving German forces across the western border.

The passive French defense made it easy and fast for the Germans to invade and occupy France. The French adopted a reactive and defensive strategy in lieu of aggressive strategy employed by their Germans counterparts (Imlay et al., 2014). The French government and military leadership waited for the Germans to attack in lieu of scanning their borders for any potential threats. The Germans took advantage of the relative calmness of the French military in the western front and consequently launched an attack on the 10th of May, 1940 by circumventing through the Maginot line bypassing the Ardennes (Nord, 2015). The French forces in conjunction with the British, tried to resist the German Panzer divisions on the 15th of May, 1940. However, the British and the French forces realized that they were fighting a losing battle on 28th of May, when the German forces overwhelmed their presence forcing them to withdraw their soldiers from the Dunkerque beaches.

The advancing German forces compelled people in the battle zones to move to Paris culminating to an upsurge in the number of refugees in Paris. The Germans dropped bombs in Paris on the 3rd of June for the first time (Drake, 2015). Albeit, the bomb targeting Citroen automobile factory in Paris, the attack led to 254 casualties including 195 civilians. What followed was the immediate surrender of the city of Paris by the French government who opted to relocate to Vichy, acting and administrating at the behest of the Germans.

What happened to Parisian People?

The German occupation in Paris heralded a period of frustrations, scarcity and humiliations for the Parisian people. Stringent regulations were imposed in the city with less consideration of the ramifications it bolstered against the Parisians. For instance, a nine in the pm to five in the am curfew were imposed in the city. In a nutshell, a city which was once a beehive of activities went dark. 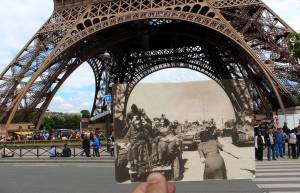 It also marked the beginning of food rationing and scarcity of common and essential goods. For instance, food, coal, tobacco and clothes were rationed in disfavor of the Parisians starting September 1940 (Moure, 2010). The prices of basic commodities skyrocketed. As the German occupation increased its domination over Paris, the supplies of basic commodities dwindled and scarcity became the norm.  Consequently, in the following years, the Parisians left the city in thousands culminating to a million to the rural provinces where food was in abundance and German occupation was less.

The Parisian Jews were compelled to put on the yellow Star of David badge for ease of identification and segregation by the Germans. They were denied permissions to enter into certain professions and to visit some public places. For instance, they were barred from engaging in certain professions deemed liberal by the Germans such as law, commerce, medicine and industry (Imlay et al., 2014). The Germans seized their property and denied them access to certain restaurant and public places. Thousands of Jews including children were rounded up and sent to concentration camps key among the Auschwitz in the July of 1942. The move by the Germans to incarcerate the Jews discriminatively sparked mass protests and demonstrations against the Germans occupation in Paris.

Caption : a picture of Flora (me) in front of the Shoah Memorial of Paris that we can visit in Jewish Paris.

The Parisians who vowed to remain in Paris notwithstanding the prevailing adversities, were subjected to strict regulations on eating joints and restaurants in a bid to bolster food rationing. For instance, the restaurants could only serve meat on specified days with rarity of certain food commodities such as coffee and cream (Moure, 2010). The restaurants were given the discretion to serve under fierce watch of the Germans who took direct control of the food rationing.

Students from various learning institutions in Paris organized the first demonstration on the 11th of November 1940. To bolster the remonstrance against the German occupation, anti-German surreptitious movements and networks emerged to mobilize further resistance (Joly, 2019).  The anti-German networks allied to different factional leaders used non-violent methods as a means of expressing their grievances such as drawing slogans on the walls, underground press (Joly, 2019). In extreme ends, when the grievances fell on the deaf German ears, the groups resorted to violent aggressions against the German administrative structures including offices. However, the Germans were quick and harsh to quell any form of uprising. 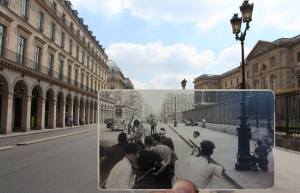 A section of Parisians who had collaborated with the German occupation were arrested and convicted with a few hundred others executed due to their direct involvement with the Germans. The first post-war elections were conducted on the April and May of 1945 where women participated in the elections for the first time ever.

Liberation of Paris by the Allies 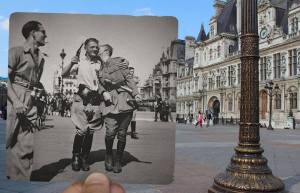 Until Liberation of Paris by the Allies in June 1944, the Germans occupied Paris for four years. During the period under the German occupation, the Parisians suffered a great deal of food rationing, scarcity, incarceration in concentration camps and stringent discriminatory regulations including segregation from certain public places and liberal professions. Notwithstanding, the four years of Parisians’ suffering, the Allied forces invasion and reclamation of Paris in the June of 1944 marked the end of the German occupation in Paris. 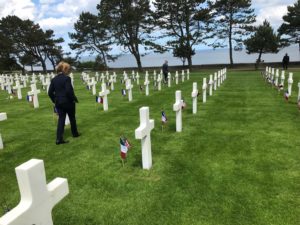 If you want to see the remaining impacts of this remarkable period, I organize a tour about the Occupation and the Liberation of Paris. 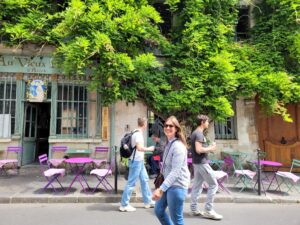