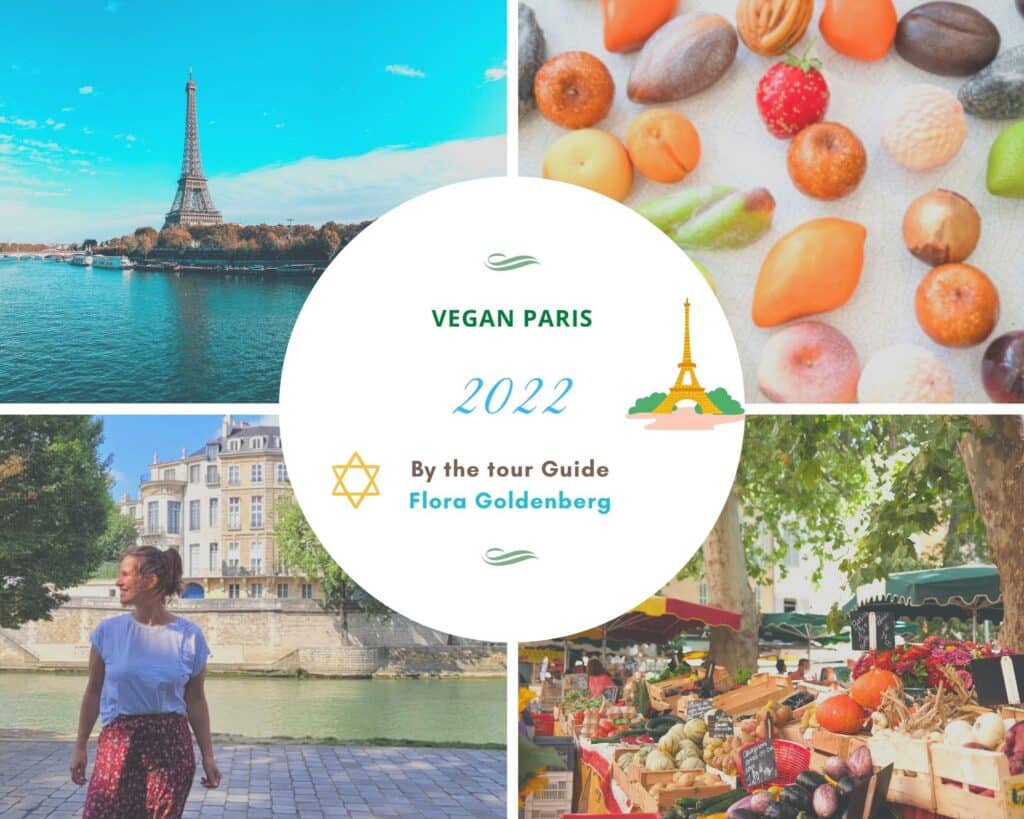 Paris is a city known for its fine dining, fresh produce, the fashion and the slim waistlines of the Parisians women.

A lot of Parisians are surfing on the new wave of eating vegetarian and even, vegan, a healthy habit that we imported from the US. 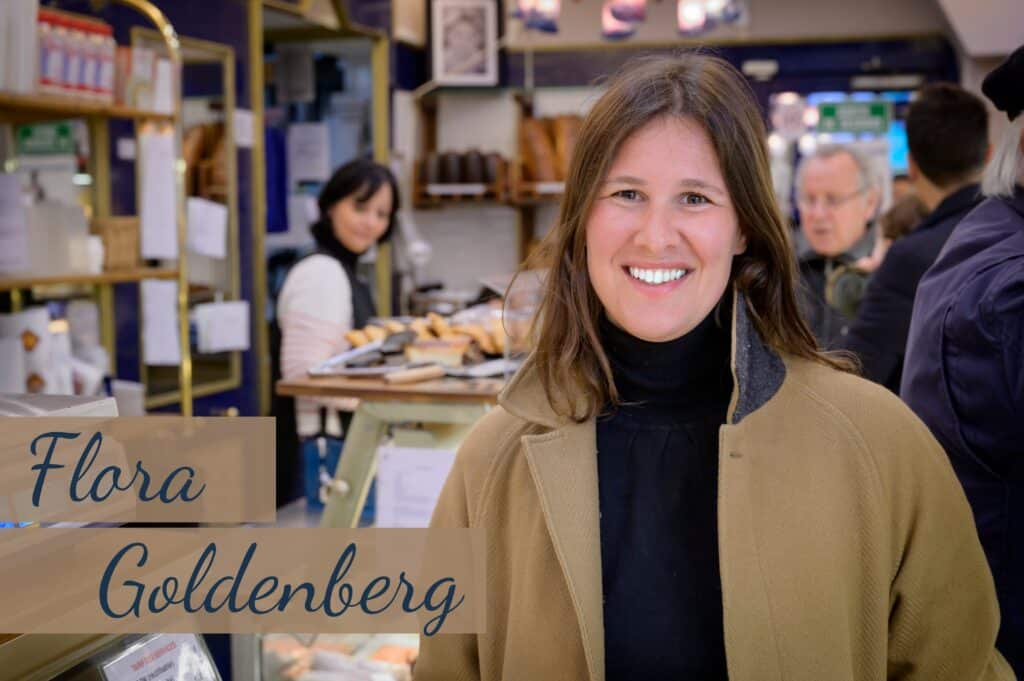 My name is Flora Goldenberg. I work as a tour guide in Paris. I specialized in the Jewish Heritage of Paris.

I have helped many of Jewish travelers to find kosher restaurants around the place they are staying in.

I love Jewish food. I must confess that my father used to run a family restaurant called Chez Goldenberg. 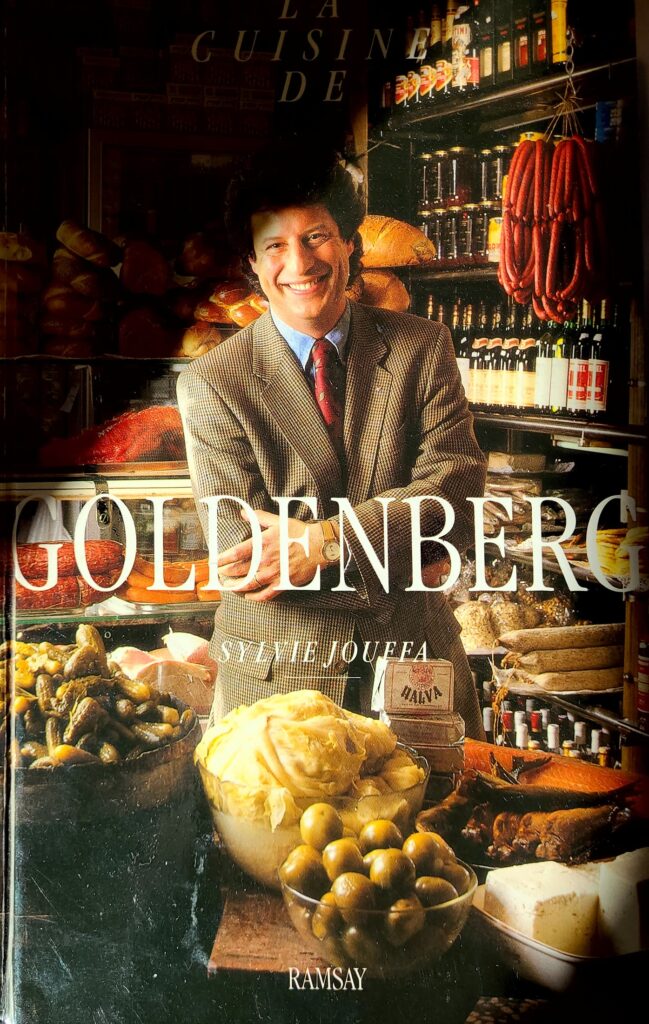 I listed some Vegan restaurants below to help you keep eating healthy during your holidays in Paris.

I do not get invited in order to keep my independance. I just go and taste and take notes.

I noticed that, some of my visitors try their best to avoid eating meat ( for health reasons or religious reasons) but meat is not trendy anymore. If you are looking for kosher restaurants in Paris, I have made another article.

So, lets discover some of these few addresses in Paris where you can eat fresh and healthy vegan meals.

Vegan cuisine is gaining ground and seducing more and more Parisians, who abandon their love for meat, whether for health reasons or for philosophical conviction … Because it is too often (and unfairly) assimilated with seeds and tofu, we have selected the cream of the capital’s vegan restaurants. Addresses that give pride of place to 100% plant-based cuisine that is just as gourmet!

Wild and The moon

Since 2016, This coffee-shop has undoubtedly represented the HQ of healthy Parisians.

A hyper sucessful address, proof of this, it has been exported to the Marché Saint-Honoré, Opera and Gare de Lyon!

The menu: 100% vegan of course. 0 plastic. Here, detox salads, cold-pressed juices, vitamins mix, smoothies and gourmet cakes mingle with super Bowls such as the one made with coral lentils, chickpeas, marinated mushrooms, sweet potatoes and beet pickles. A delight.

Maisie Café is a hybrid place, both a coffee-shop and a juice bar, a stone’s throw from the Tuileries. 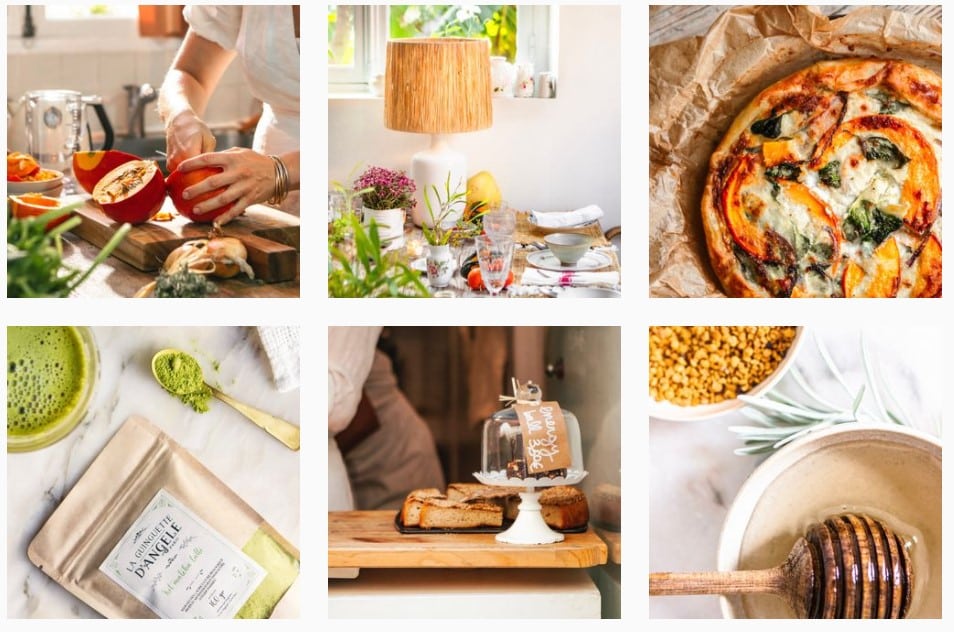 Guinguette means a tavern in French. This is where we eat, drink and danse. La guinguette offers local, seasonal and gluten-free products.

The menu: The food magician brings vegan cuisine and french touch married together, with chic and panache. Fresh honey right from the bees, fresh juice, the delicious coconut milk panacotta, and yummy kale chips with healthy spirulina. My favorite orange cake in Paris. She also does the roasted cauliflower with turmeric like the israelis, some squash cream with coral lentils … Anyway, undoubtedly the most elegant restaurant in my list, the most fashionable preiestess and a popular spot for the Parisian bobo’s!

The menu: The cuisine here takes on Latin American accents. Tacos made with salad leaves, avocado, hemp and smoked mushrooms, tortelloni with vegetable ricotta and candied lemon, mushroom and seaweed ceviche, venerated rice, fried cauliflower salad with crispy buckwheat and microgreens… From morning until ‘in the evening, you can enjoy a menu that completely prohibits any animal food (so no eggs, no meat, no fish, no milk or cream). All produced by Lauren Lovatt and Carolina Rodriguez, who work with seasonal and sustainable agricultural products.

Run by two brothers – David and Adrien Valentin – who dreamed of opening a restaurant for the benefit of vegetarian and gourmet french cuisine, this committed canteen is known by followers as one of the best vegan restaurants in Paris. The bet is successful!

The menu: Grilled eggplants, a mix of rice and corn, millet salad… The recipes change over time and with the seasons, but the essential rice and chickpea pancakes represent the duo’s signature dish. To test absolutely!

A few steps from the Canal St Martin, the organic SOYA canteen was created in October 2007 in a former workshop, before expanding two years later, by rehabilitating an old adjoining faucet. This trendy place with a “relaxed urban chic” spirit offers freely revisited world cuisine, vegan and mainly gluten-free (over 90%) made from organic labeled products.

The menu: Quite eclectic, it sails between India with curries to die for, Italy with memorable lasagna or even the Middle East with mezzes of all kinds.

If the Tricycle had already won us over with its veggie hot dogs and its scooter happily strolling through the streets of the city, the fine team continues to show us how meatless cuisine can be greedy with the opening of Jah Jah by Le Tricycle. This Jamaican and vegan canteen is the first Afro-vegan restaurant in Paris!

The menu: Here, a wide range of vegetable milks (coconut, hemp, soy, almonds, oats) is offered but also real African specialties such as Mafé: a bowl of rice in sauce that mixes avocado, bananas, grilled vegetables and tortilla. We can also accompany our dish with a good soup that balms the heart.

More Addresses next to the Jewish Quarter of Paris (Le Marais) 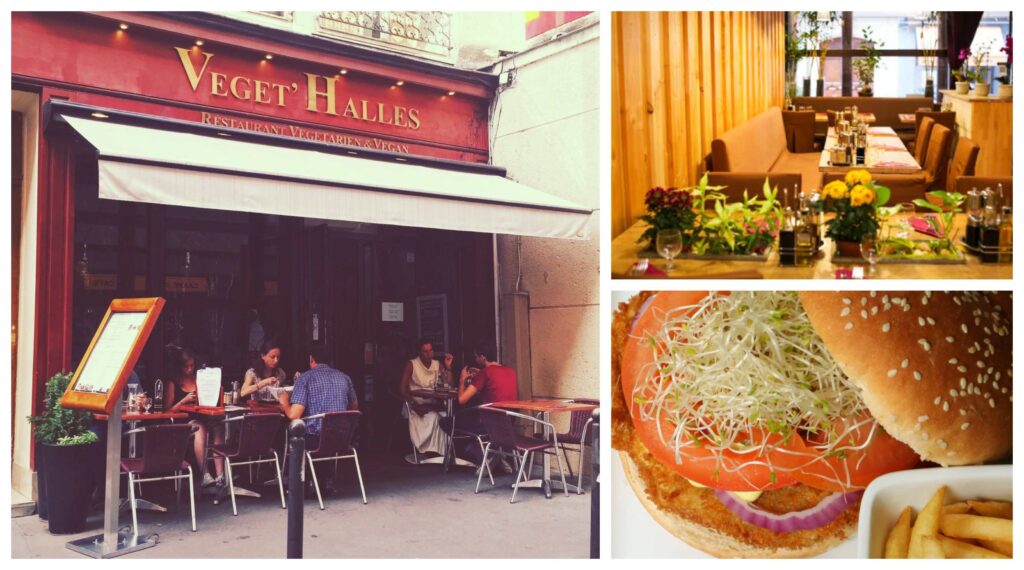 Use this open data map made the city of Paris: In violet, you will see tiny streets, they represent the open Air Markets where to buy fresh food, directly from the french farmers coming from the Organic (Bio) farms.

The markets are in the streets of the city. You can hire me to walk with you and explain to you the origins of the food, translate and help you choose best.

No Copyrights: The data is public. It is provided and updated by the city of Paris. For free. So, you can use and share this map for any purpose.

About the Tour guide: Flora Goldenberg

My name is Flora Goldenberg, and I work as tour guide in Paris. I noticed that my tourist visitors struggle to find these vegetarian or even vegan places to keep eating healthy during their holidays in Paris. 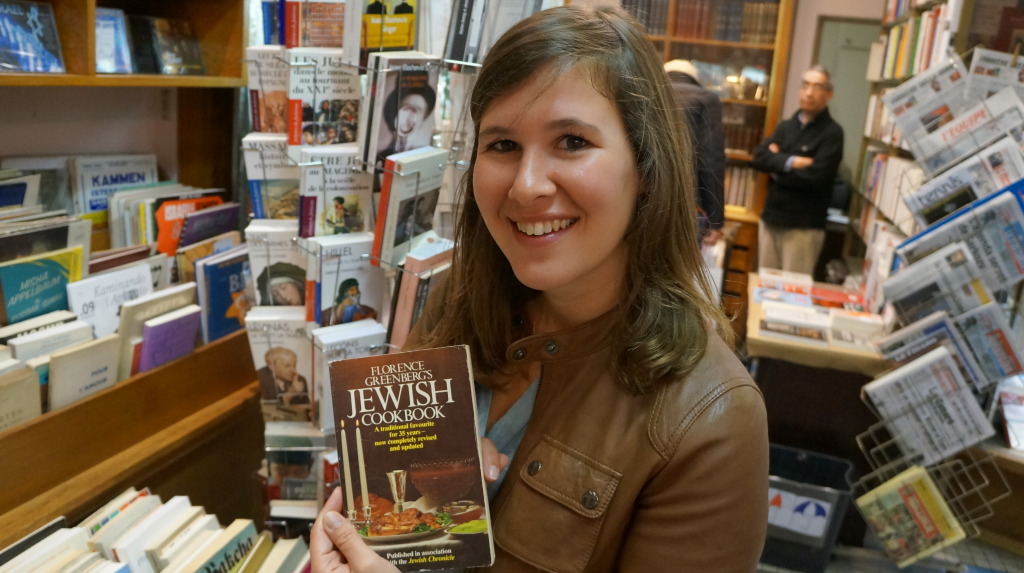 As a Jewish Parisian, I am interested in Yiddish cuisine. My family eats mostly kosher and my grandmother used to cook Yiddish delicious meals.

My grandfather was the owner of the JO Goldenberg Restaurant, a famous place for Yiddish cuisine. 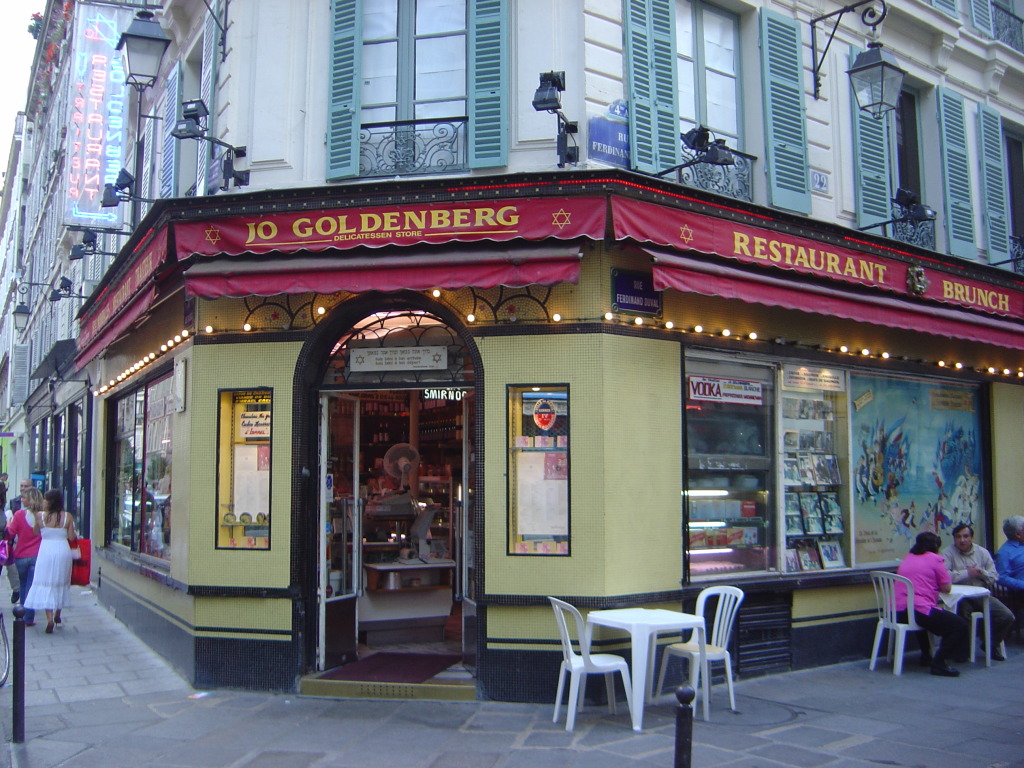 I offer Jewish walking Tours in Paris, as well as Virtual tours and live tours from Paris via Zoom App.

If you want to send me an email, I will be happy to answer you: flora.goldenberg@gmail.com

My Jewish tours of Paris : Le Marais walking tour with the full History of Jews of France + Synagogue visits (2 to 3 hours)

My unique Tours of Paris : Jewish food tour, Bakery and Chocolate tour in Paris, Behind the scenes, Out of the beaten tracks, follow Alfred Dreyfus and many more options.

New tours:  Musée Carnavalet to see Paris history and beautiful medieval boutique designs or Camondo Museum to see the life of the Jews in the 19th century in Paris (2hours)

Thank you and see you soon!