A Jewish Figure honored on the city hall of Paris 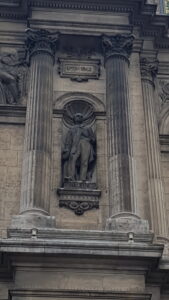 I am Flora Goldenberg. I am a tour guide in Paris. I specialize in the Jewish tours of Paris.

During the walking tour of the Jewish Quarter Paris, I include a visit around the greatest buildings in the city: the City Hall of Paris.

On its façade, we can see a lot of statues and sculptures of men and women. 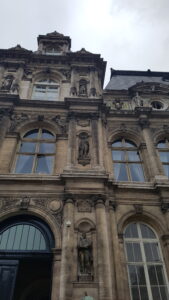 One thing they have in common : all these men were born in Paris. At least, 338 individual statues of illustrious Parisians, as well as christian vitues, Parisian symbols : justice, commerce units represented by boats, scales, flags, snakes, lions and other symbolic animals and beautiful creative sculptural elements.

Among these men : Politicians, musicians, architects… Each on of them will participate to the glory and fame of the city of Paris.

Among them, a Jewish figure from the 19th century named Fromental Halévy:

So why was he honored on the city hall among all these Parisian important men ?

Halévy Fromental was born in 1799, he was Jewish, and became a great music composer.

The family history is very interesting, as his father came from Germany to France in the time of the French Revolution, when the Jews were emancipated in France and became citizens (this is one of the aspects of the Jewish life in Paris that we will talk about on the tour of the Jewish quarter).

His father, called Elie Halévy, will spend his new life in France, trying to develop and expand the Jewish culture. Proud to live in the country of the Declaration of the Rights of Men, and proud to be a French citizen, transmitting his ideas and ideals to his son, he will call his son Fromental. So French !

After studying music in the best schools in Paris, Fromental travelled to Italy and Vienna, where he met Beethoven.

The Jewess at the Opera Garnier

He writes one of his most famous opera in 1835, “La juive” meaning the Jewish girl or “the Jewess”, and it is his first triumph.

The Jewess was played at the inauguration of the Opera Garnier. And it is still played today.

In total, he will compose more than 30 operas in his life.

He will become a member  of one of the most prestigious clubs in France, the Academie of the Fine Arts (Académie des Beaux Arts), and later became a music teacher.

Jewish Tour in Paris with Flora

We can meet in Paris and talk about the connections with among others Bizet (opera Carmen) and the Rothschild family in Paris as Halévy’s daughter Geneviève married Bizet then a Rothschild .

His wife Léonie is an interesting character as well:

We will talk about his wife who became a sculptor after the death of her husband Fromental Halévy.

Leonie, his wife, sculpted her husband’s bust at city hall but she had few mental problems and had stayed in Dr. Blanche’s clinic, so another topic to knit. 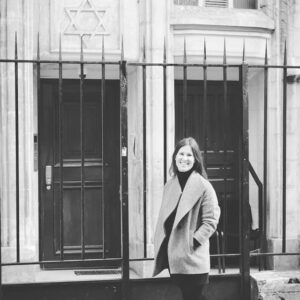 The Jewish Quarter Paris is full of numerous surprises ready to be revealed with me as you guide.

So, you can send me your thoughts to Flora.Goldenberg@gmail.com or use the contact form . I will answer certainly. 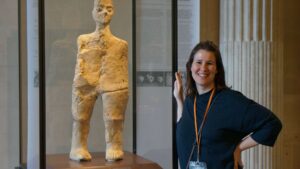