One of my favorite places in Paris is the Jewish historical neighborhood (where I live) called Le Marais.

It is one of the oldest parts of Paris, where you can find the oldest houses of Paris ! and this house is still inhabited by people .

It is a neighborhood which looks just like what people imagine when they think of Paris.

The area is very gentrified now. Since a couple of years, it has changed very much. My visitors often tell me that it is a bit like Soho or Brooklyn. And when I visited Rome, I noticed the same thing was happening in the Jewish area where the old Jewish ghetto used to be.

As Le Marais started to change, and a Jewish bookstore turned  into a Nike lab, the area also became more touristy. With the tourists, came the trendy people. And with the trendy people, also came the artists.

More and more people came strolling on rue des Rosiers (until the self quarantine started). And the Jewish shops and falafel restaurants were on high demand.
Thanks to that, the Jewish side of Le Marais started to grow again. 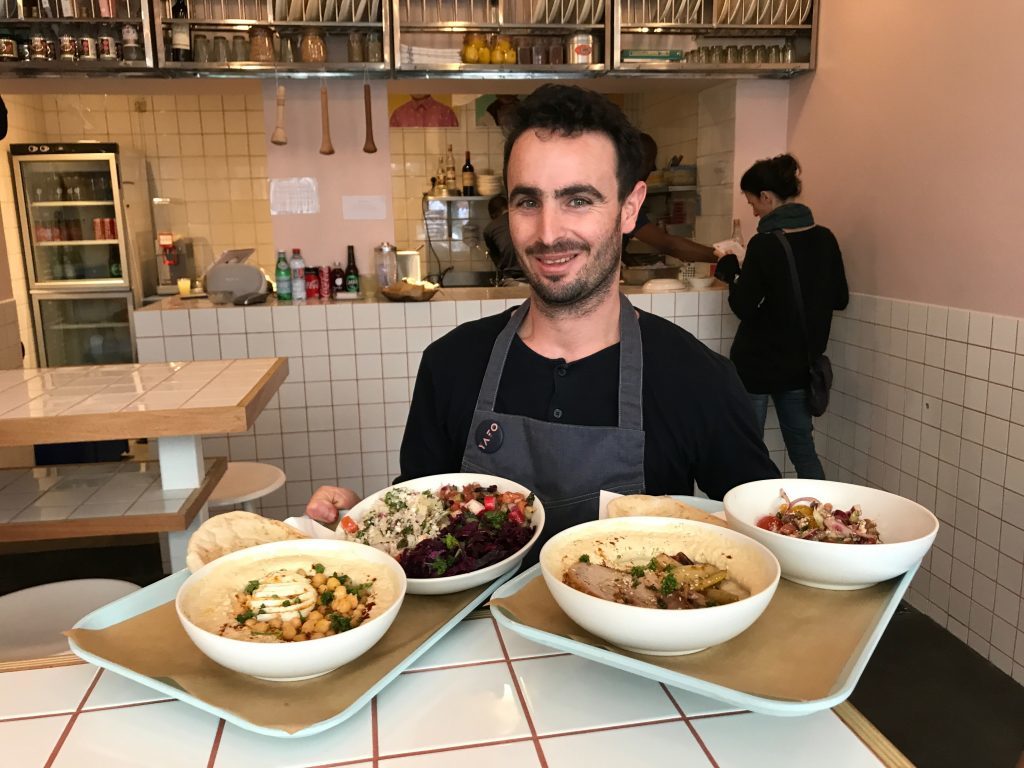 Which is why, it was a nice surprise to discover a new art piece recently, linked with the Jewish heritage of Le Marais.
In November 2019, a street plaque was inaugurated on rue des Rosiers. On the plaque , “Pletzl”, written in yiddish. The sign was made by the artist : Sebestyén Fiumei

And its goal is to highlight the ancient presence of the Jewish community in le Marais, and to remind us that this area should be preserved even more than it is today.

He lived in Vienna where he studied Arts.He also studied at the fine arts school, in the Academie Bezalel in Jerusalem, and in Paris too.  The soul of the Yiddish Pletzl is now represented in Rue des Rosiers, thanks to him !

Thank you for reading 🙂

Talk to you soon !