The Synagogues in Paris

Hello, I am Flora Goldenberg, a Jewish Tour guide in Paris. I specialize into the Jewish History and Jewish life in Paris.

Today, we will explore the 3 synagogues that you must visit while in Paris.

Built in 1876 near the beautiful Place des Vosges, in the heart of the Jewish Quarter in Paris Le Marais,  this Synagogue is a Jewel of architecture of the 19th century.Famous for its metallic structure, it is an aspect of the Synagogue that you can’t miss. Especially as this one was built with the help of a man, a certain engineer called Gustave Eiffel, also known as the father of the Iron Lady : the Eiffel Tower !Built in the era of the Industrial Revolution, this Synagogue is a symbol of modernity.About a century later, it will become a Temple for the Sepharadic Jewish community of Paris, a colorful and lively place, which can welcome 1340 people. It is the second biggest Synagogue in Paris ! 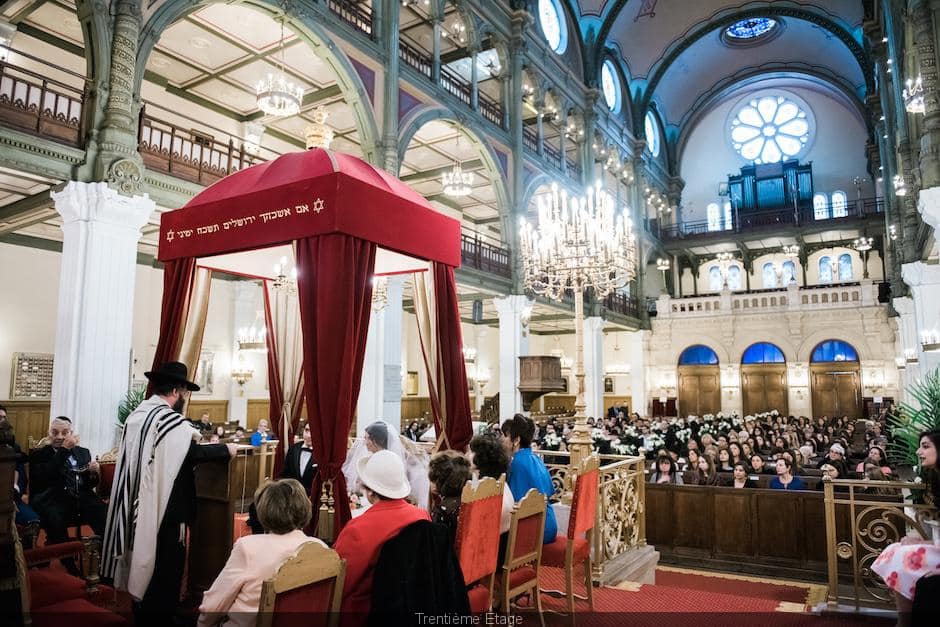 It was built thanks to Jewish philanthroper called Daniel Iffla, for the Poruguese Jews, in 1875.
The Buffault Synagogue is quite a masterpiece for it Roman Bizantine architecture, its curves,  arcades and white marble columns.
Daniel Iffla, a Jewish banker and benefactor for this Synagogue is a character full of stories and colors, who also insisted on mentioning on a commemorative plaque inside the Temple, the names of “The Great French Citizens who defended Judaism”. Quite a symbol and rare testimony to find these names inside a Synagogue, knowing that most of the people named were not Jewish ! A beautiful tribute to the French supporters of Judaism. 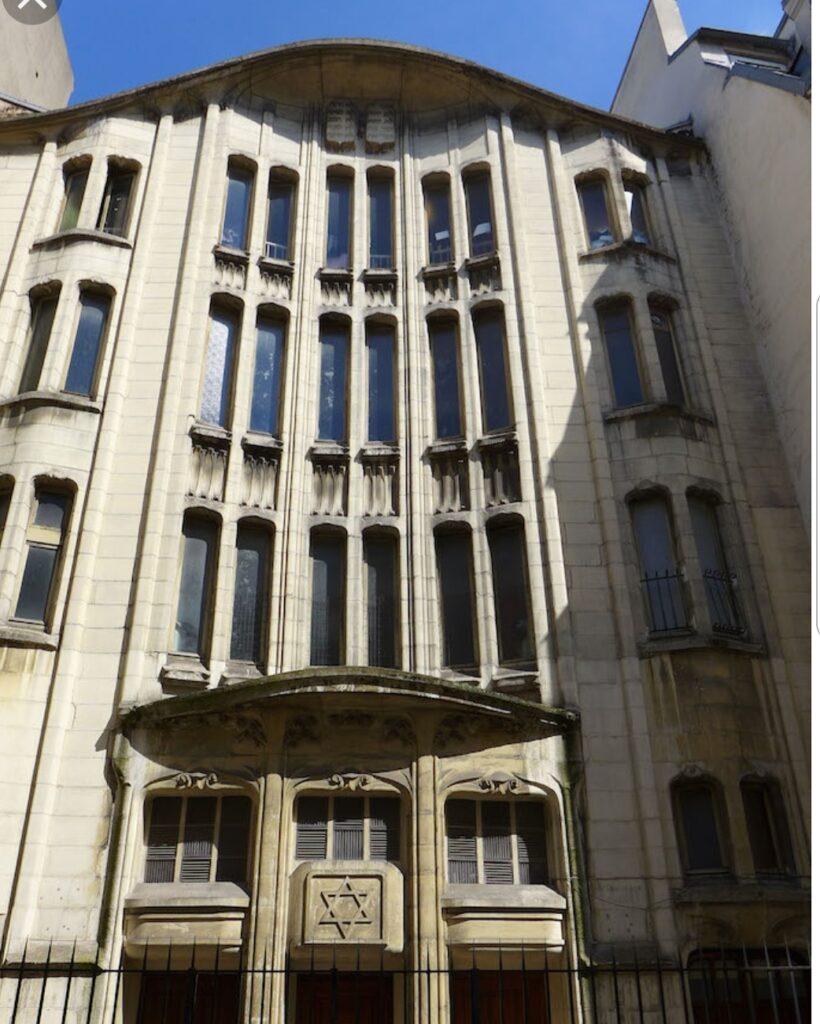 In the heart of the Marais area, where the majority of Jews from eastern Europe lived until the mid 20th century, this narrow stretched out Synagogue is a must seen building.
In the early 20th century, Hector Guimard (architect of Art Nouveau who built Paris green metro entrances) was commissioned by the Orthodox Jewish Community of Paris from Poland and Russia, to build a palace, symbol of the Jewish emancipation in France.
All the characteristics of Art Nouveau architecture are assembled here : glass work, metal, concrete, vegetal and mineral inspiration represented by the curves and foliated patterns…
Its wavy facade is notable from all other Parisian building facades.
The remarkable work of design inside the Synagogue (iron balconies, mouldings, furnitures) can’t be missed !

4 – Contact Flora for a Virtual Visit or a Zoom free chat :

If you want to contact me for a Virtual Visit , please send me an email to flora.goldenberg@gmail.com

I will be very happy to hear from you !

See you soon in Paris