In the footsteps of the “Sage de Boston”

The wise man from Boston

In the recently reopened museum Carnavalet in Paris, a temporary exhibition called “ An American in Paris”, tells us all about the period when Paris was blessed with the presence of Benjamin Franklin.

Benjamin Franklin, an inventor, a politician, a scientist, a writer, a diplomat, lived 9 years in Paris in the second half of the 1700-s.

He is extremely popular, respected and beloved by French upscale society.

He was given the nickname, “le sage de Boston”, which translates to “the wise man from Boston.”

Not only did he play an important role in American society, he also influenced French society during his long stay here.

French philosophers, scientists and women enjoyed his company, and he enjoyed travelling to Paris as well.

The life of Benjamin Franklin in a nutshell.

Franklin was born in 1706 in Boston and moved to Philadelphia to learn the profession of printer with one of his 14 siblings.

He soon left his brothers and started his own printing business with his wife Deborah. 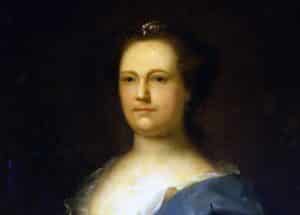 At the same time he became interested in science and designed the first lightning rod. He became an inventor and remained one until his death.

He also joined politics and was asked to represent Pennsylvania and later other states, in England where he remained for 18 years.

Upon his return, Franklin actively supported the Independence War and wrote and signed the Declaration of Independence.

You should know that Benjamin Franklin also drafted the Pennsylvania Constitution of 1776, where we can find the first notions of an innovative and fully democratic government structure, which gave birth to the ideas of Human Rights and the notion of Natural Rights included until today in the Declaration of Human Rights in the French Constitution:

In 1776, he was asked to represent America in France and to seek support from the French in the struggle of the Americans against the British.

He remained 9 years in France and left at the age of 80 in 1785, when he was replaced by Thomas Jefferson.

The French king, Louis 16th, had so much respect for him that he offered him a special carriage with a bed so that the old man could travel comfortably to the harbor where his ship was waiting for him.

An invention that Franklin designed for himself were the bifocal glasses, as he realized when he got older that his sight was declining when looking far away and when reading. He simply didn’t want to bother having two pairs of separate glasses and came up with the idea of bifocals, an item we still use today.

That was Benjamin Franklin, an American man, who still influences our life today, in our everyday life, in French government, in our democracy.

Paris still celebrates his life through statues, art expositions, in the city halls and the museums.

Benjamin Franklin arrived in France by Sea in the town of Quibron after 38 days of traveling. It was not his first time in France but he would remain here for a long period, 9 years. He was 70, but extremely fit and healthy and he spoke French.

He was a tall man, who wore simple clothes, no wig and wore his long gray hair with pride.

This made a great impression when he visited the King and Queen, Louis the 16th and Marie-Antoinette, because in Versailles, everybody wore a wig and the most elaborate clothes of that Era.

He first settled in a small auberge in Versailles.

It was important for him to speak to the king and his ministers as he came to ask military support to fight the English troops.

He then moved to Paris, into the neighborhood called Passy not far from where later the Eiffel tower was built in 1887.

Franklin was spectacularly smart and pleasant

What the French love so much is talking and debating. Benjamin Franklin was good at that. Eloquent, charming, he was a popular guest in the different “salons”, receptions held in the lavish houses of influential people in high society.

Over the years, he even gained support and trust from the King and ended up signing an agreement of trade of the United States with France.

He was admired by the upscale French society for his inventions, his intelligence and women would even wear “Lightning dresses” to impress Franklin.

You could speak of a real “Franklinomania”.

He was so popular that the famous sculpture Houdon sculpted his buste and the celebrated painter Greuze painted his portrait.

Voltaire, the most famous philosopher of that time, asked to meet Franklin.

Benjamin Franklin had brought his grandson with him and Voltaire who wanted to pass on his ideas, blessed him “ in the name of liberty “ and died a few days later.

Benjamin Franklin left France when he was 80 and was escorted in a special, royal carriage to Le Havre, from where his ship sailed back to the United States.

He was not the easiest husband:

She did not join him on his trips to Europe because she was afraid of the ocean travel by ship.

So during their marriage, her husband left her alone in the US for decades.

Even when she started to suffer from strokes, he didn’t travel back to her, and she died while he was abroad.

While in France, Franklin, who was in his 70-s by then, had two important love affairs, with Madame Brillon de Jouy and Madame Helvetius.

Madame de Brillon was married which didn’t disturb Franklin at all.

Madame Helvetius was a widow and Franklin actually proposed to her.

Besides these serious love affairs, Franklin was very active sexually, and we know as a matter of fact, that he had many natural children with as many different women.

Benjamin Franklin was very passionate about science, engineering and inventions. He focused on electricity and optics and worked around scientists for all his life.

He was always inspired by events in his own life to make new inventions. We already mentioned he invented bifocal glasses after his eyesight declined.

He loved music so he invented the glass harmonica, a musical instrument that uses glass bowls to make music by touching them.

As he loved to swim, he  invented swimming fins, two oval pieces of wood held in your hands, that help you swim faster.

And as the winters in Pennsylvania are cold, he invented the “ Franklin stove’, a metal fireplace that warmed rooms much better than the traditional smokey fireplaces.

When he saw how his brother suffered when he had bladder stones, he invented a flexible catheter.

Until today we benefit from all these inventions, isn’t that just amazing ?

Walk in his footstep in Paris Center

So when you come to France, and you want to walk in the footsteps of Benjamin Franklin, we should of course go together and visit Versailles, but also the surroundings of Chateau de la Muette, where he installed a scientific laboratory…

The engineering museum of Arts et Métiers is located in Paris center, right at the edge of the Jewish Quarter Paris.

It is a must see if you love to see all the inventions of Franklin’s and his French colleagues, like Lavoisier or Montgolfier. The Montgolfier brothers laughed at their first hot air balloon in Paris and Franklin was their biggest fan. We can show you from where the balloon left and talk about this event that was mind blowing for everybody.

And we can stroll through Passy, the neighborhood where he lived and thought about how to seduce beautiful French women.

An American in Paris expo

What is the “An American in Paris”?

It is an art exposition about Benjamin Franklin and his life in Paris. The expo happened at the Musée Carnavalet.

It is a famous museum for the locals, but less known for the American visitors.

I advise you to go visit this museum for these reasons: The Carnavalet Museum is very beautiful. It is about the full History of Paris. It displays how Paris used to be, from its beginning until today, with many rooms dedicated to famous figures, to pre-historic findings, Paris artefacts, paintings, shop fronts, jewelleries and even a preserved city hall door, a staircase and a jewish cemetery… 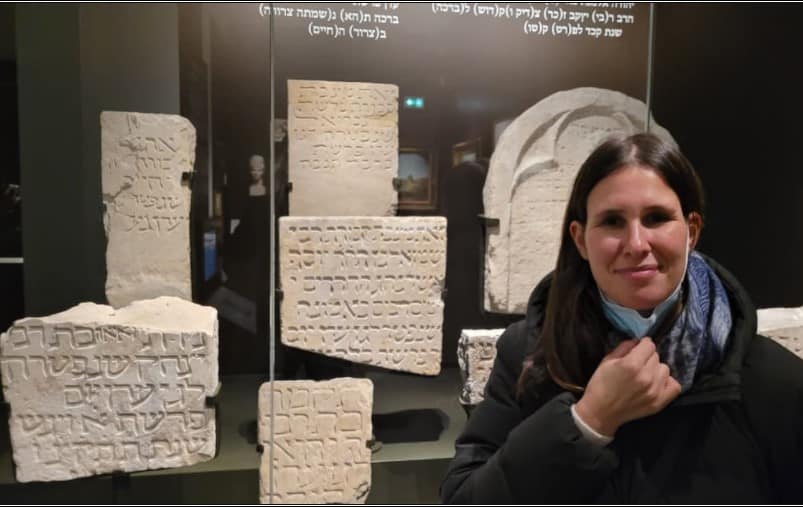 A Perfect tour for creatives and Designers.

You will see many of the preserved first Parisian shop fronts, the first boutique facades, the creative Ads and grandes affiches, the first outdoors logos that the commerce used to display in front of their boutiques (because we did have an accurate street address like today).

You will see how these creative Parisian merchants branded their commerce elegantly.

The museum itself is located in a collage of gorgeous mansions with beautiful gardens.

The museum has dedicated a section to exhibit highlights of Franklin’s friendship with the leading French scientists of the times, including Lavoisier and Condorcet.

They also dedicated a room for Marcel Proust. 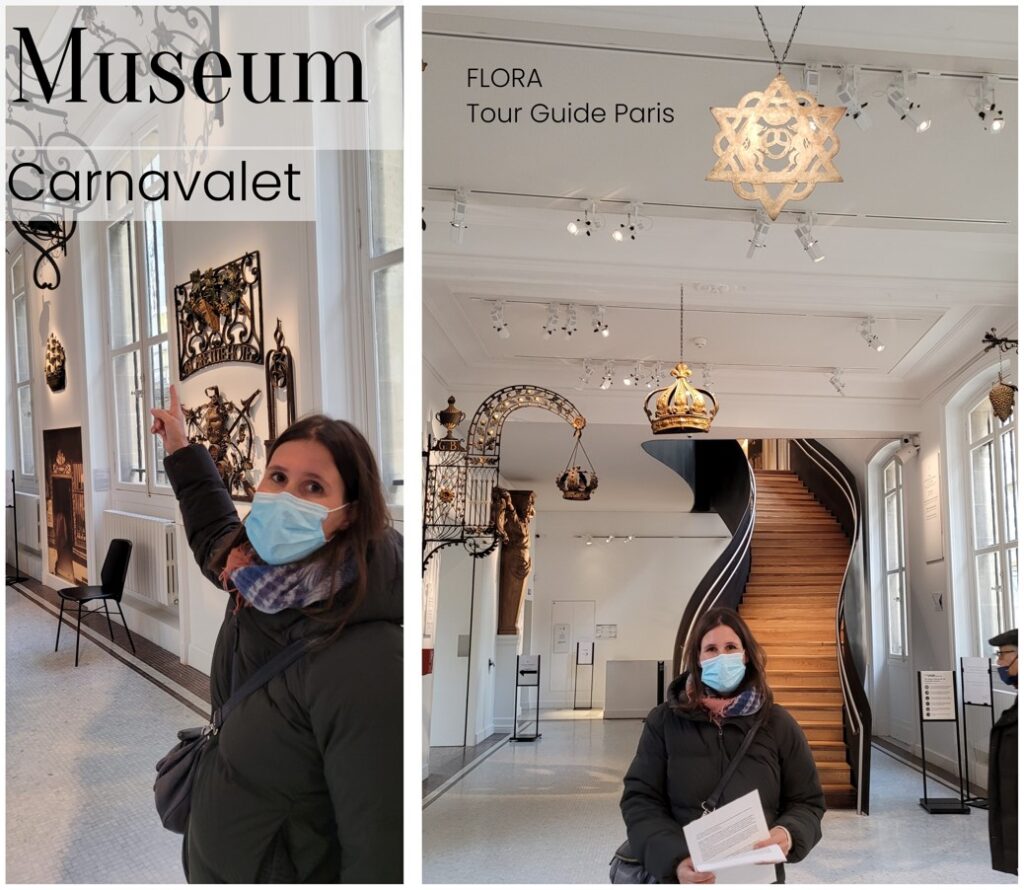 Your trip to France

Before you come to France, send me your email with your plans and I will help you find these sites in Paris together.

Thank you for reading to the end.

I hope I see you soon in Paris 🙂

If you enjoyed this article, make sure to read about Lafayette, another famous figure, but this time, a Frenchman in America. 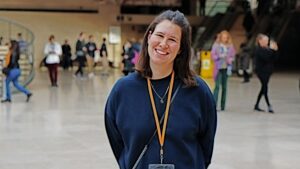