What is the “Jewish Louvre tour” ?

The Jewish Louvre is a themed guided tour that takes place inside the Louvre Museum for 2 to 3 hours with a Licensed tour guide.

During this special tour, we will see the highlights of the museum, the classics, the art masterpieces with links to the Jewish History of France.

To appreciate the Jewish heritage hidden inside the Louvre, we will need to do a small detours, in the Louvre departments, to see interesting artifacts that were found in Europe, in Israel, in Egypt. I will give you a quick presentation of the many paintings depicting Jews from Medieval ages of France, from Jerusalem, from Israel Kingdom and Egypt.

As a major in Art History and History from Sorbonne, you will be hearing interesting anecdotes and historical facts next to the amazing Art that we will be seeing.

Paris has plenty of magnificent museums. But, I believe that the Louvre is one of the best places to understand the complex story of the French revolution and Napoleon and French Jews through Art and the Eyes of many painters. Here, we can follow the lives of the famous Jewish artists in Paris, hear the amazing story of the Louvre surviving WWII and see the many contributions of Jewish French families to Art in Paris.

During this fun learning experience, we will learn about the Jewish Heritage of France and discover many surprising items and paintings. 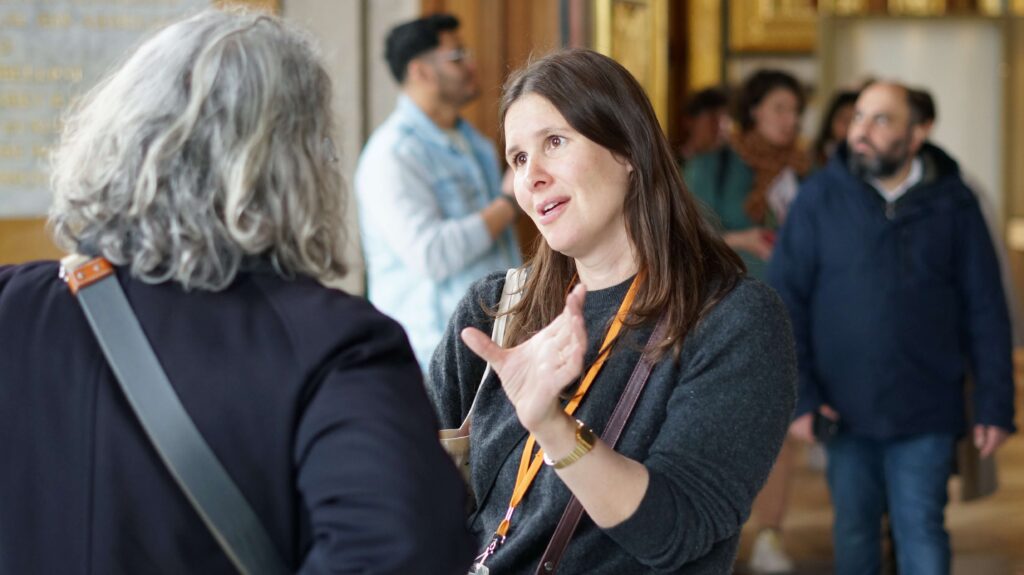 My name is Flora Goldenberg. I am a fully-licensed Guide-interpreter and a private tour guide in Paris.

I studied Art History and History in Sorbonne University of Paris III.

My Jewish origins are very important for me and I have been expecting during my 5 years of studies to get all the answers for my questions about the Jewish heritage of France. But my curiosity pushed me further. So, I started following themed visits in the Louvre about Egypt, Mesopotamia, learned many fact about the Jewish History worldwide. Then I followed Art history lectures from the Louvre, d’Orsay, Pompidou, the Museum of Jewish Art and History of Paris. Added to that, I joined the Shoah Memorial as a part time animator to teach children about the Shoah history of France.

In the beginning, the Jewish Louvre tour was designed in collaboration with other Jewish French guides conférenciers, to reveal the many Jewish related treasures and the History of Israel as part of a classic Louvre tour. After decades, the tour includes many stops from various departments.

Then, I started offering this tour for my guests who showed their interest in Art & Art History or to see the Louvre museum.

Now, I have been giving the Jewish Louvre tour for more than a decade. The Jewish Louvre tour has been refined during these last years through the latest History findings (archaeological findings, the spoiled art, deciphering a stele, Egypt discoveries…) but mostly thanks to my guests who gave me exquisite insights during the visit.

Of course, during this tour, I will make sure to follow the classic masterpieces trail of the Louvre and discover the Mona Lisa, the Venus de Milo, the Wedding in Cana and Liberty guiding the People.

I strongly advice you to customize the tour by giving me your interests and to book in advance to find a good time slot.

The Louvre was not originally a Museum but built as a Fortress to protect Paris from the invaders.

As the city evolved around the river and the fortress of the Louvre was inside the walls of Paris, it was not anymore positionned strategically to protect Paris from the outside.

Thus, the king moved his quarters to live inside the Louvre and transformed it into a beautiful palace.

During the French Revolution, the people of France took the Louvre Palace and opened it as a National Museum. Many Art Masterpieces were confiscated from the kings, by the people and are now displayed in the museum. The Louvre has been unchanged since then.

The Louvre is not just a big building in Paris, but part of the History of Paris itself.

That’s why today, the Louvre is the biggest and the richest national museum of the world.

Here you can see the fortress walls inside the Louvre Museum as the Louvre building always expanded around itself. 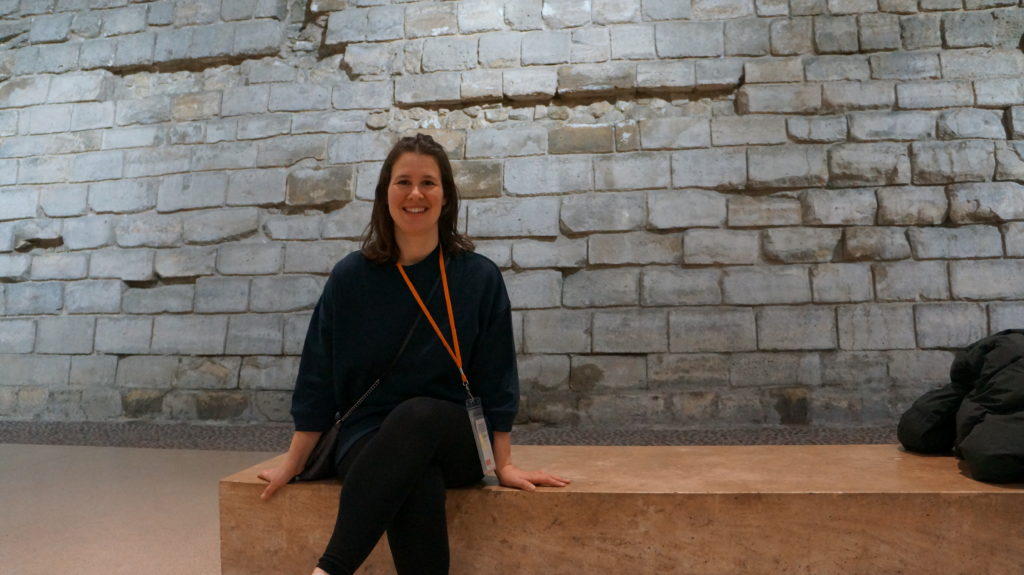 You will walk with a tour guide with a Jewish influence to see the highlights of the Louvre, the paintings describing the Jews of France, the artifacts proving the History of Israel, some of them goes back to 3000 years ago. 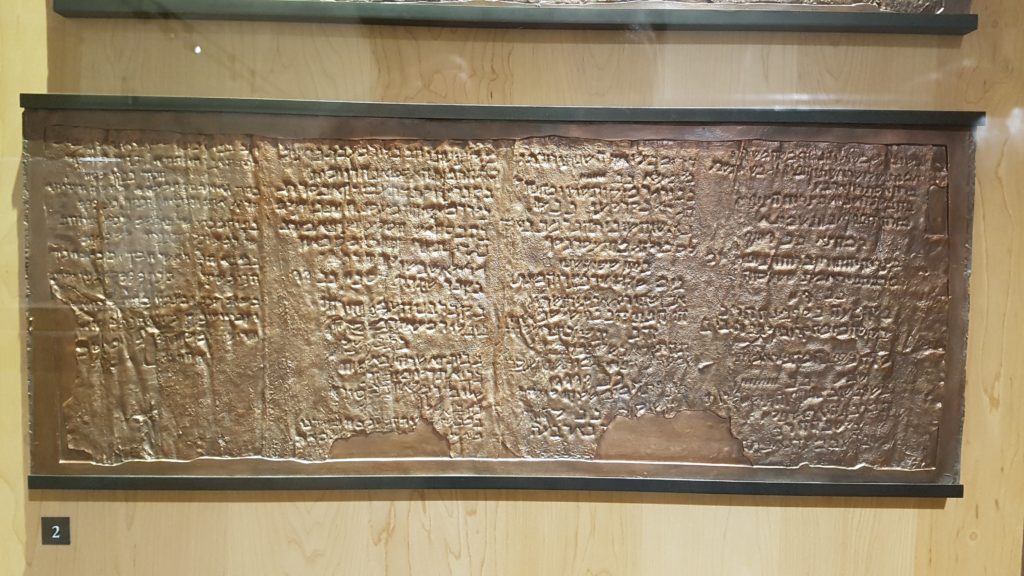 Thanks to the artifacts we found in Europe, Jordan, Egypt and today’s Israel, we will discover how the Jewish People left immortal traces in different cultures and different countries around the world. 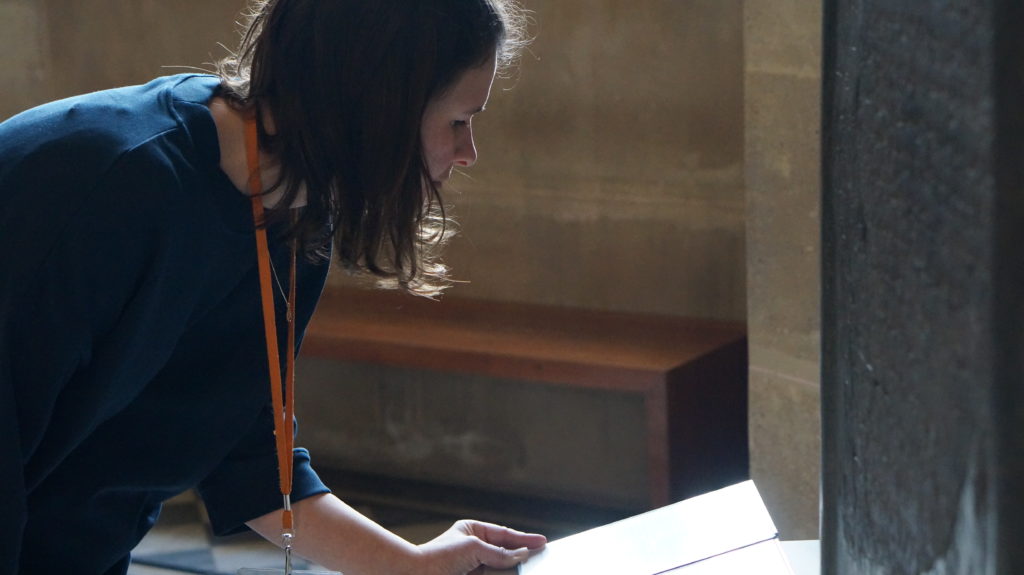 You can not fully understand Paris without understanding its Art. That’s why, I will show you in the Louvre the basic principle of art history : how to read a painting composition and colors, how to appreciate the beauty of the a sculpture and how to navigate the Louvre on your own if you want to spend more time there after we are finished with our tour. 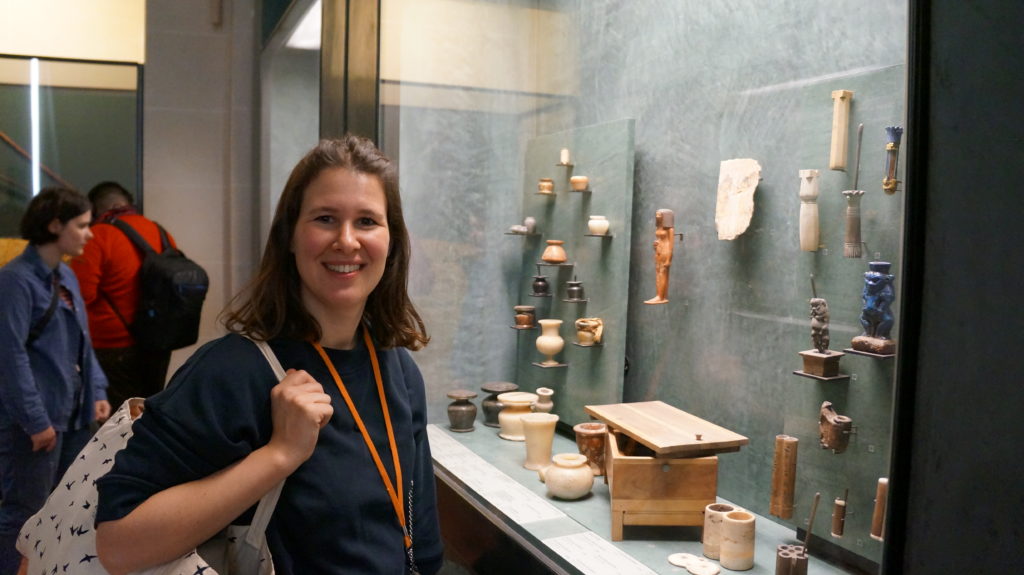 It is possible to combine the Jewish Louvre tour after the Jewish Paris.please let me know by email:

Example of what we can see during the Jewish Louvre :

Discover the oldest ever mention of Israel, how and why Israel was disputed by Syria and Egypt.

We see painting from the Crusader periods. 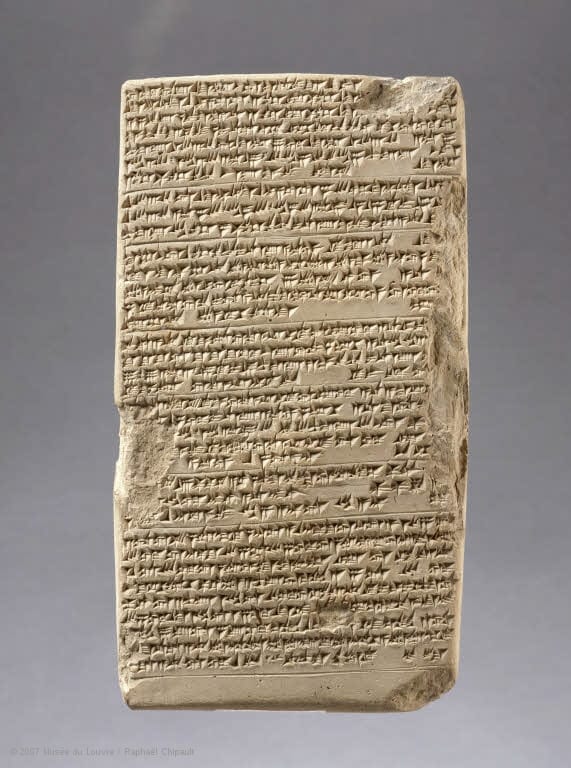 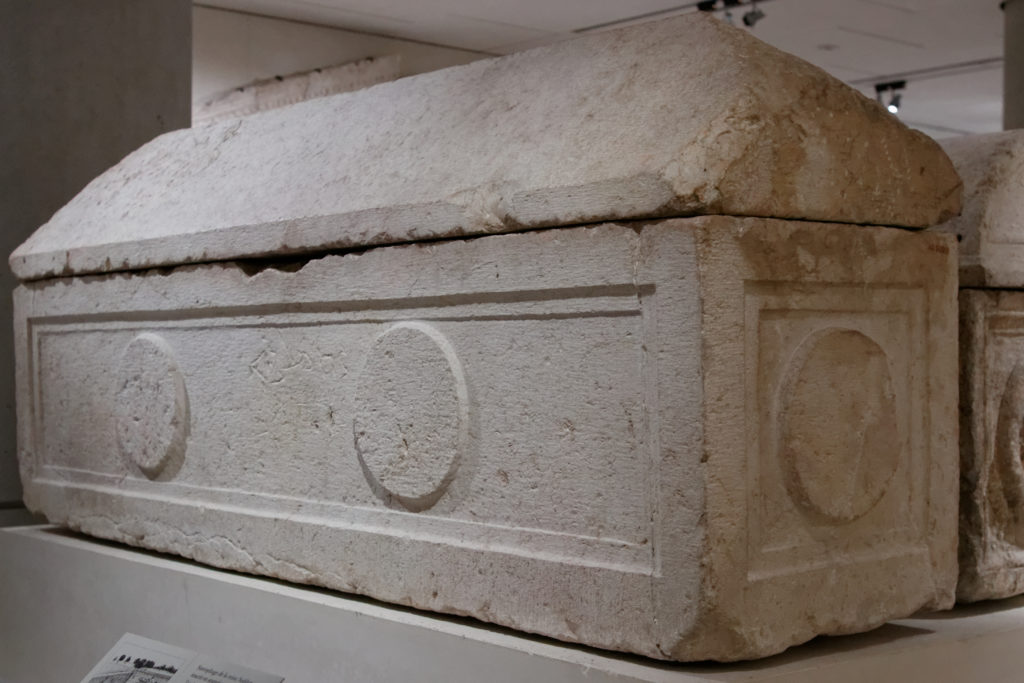 Today, their paintings are displayed in the Louvre : 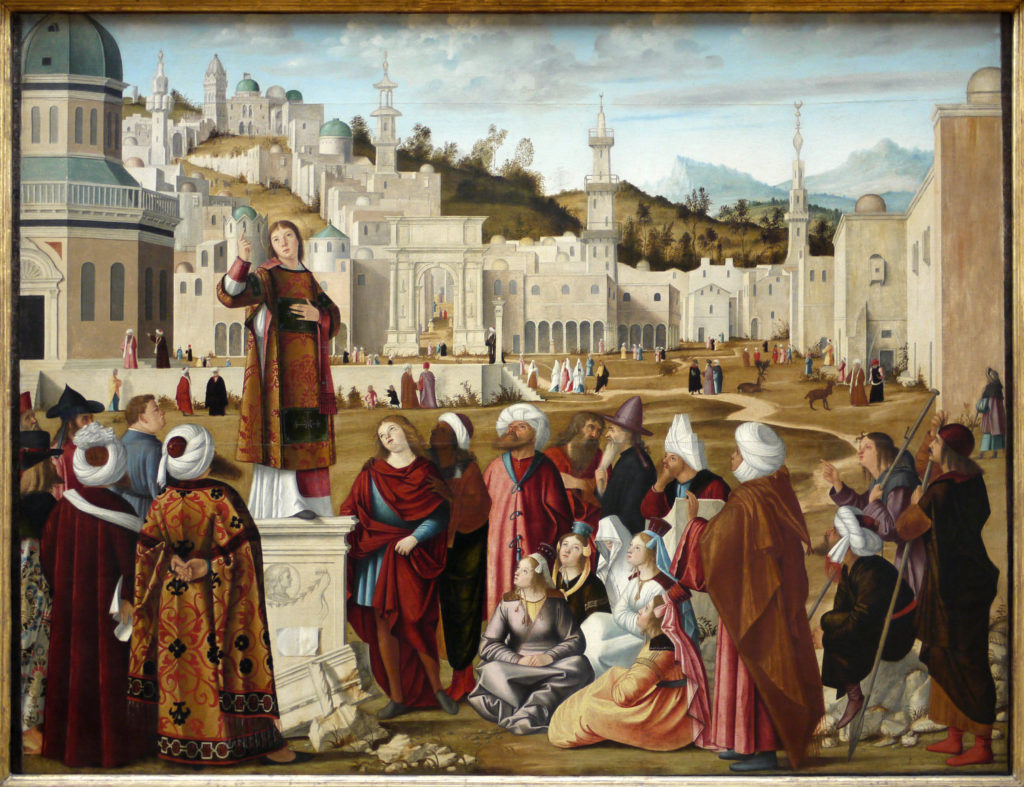 We will also see interesting symbolism in Art related to Jews representation and of course, to antisemitism.

In a later period of France, Jews of France became more and more full Citizens of France and have been a successful society, and a highly contributing part of the French Society. Some Jewish families who took interest in Art were a major Patron and showed

We will talk about the influence of the Jews on the french society during the belle epoque and how this image evolved.

As a native, daughter of Joseph Goldenberg, I can tell you more about how French Jews live today but from my own personal perspective.

If you like this Jewish Louvre tour, please let me know by email : Flora.goldenberg@gmail.com

I hope I see you soon in Paris. Stay safe ! 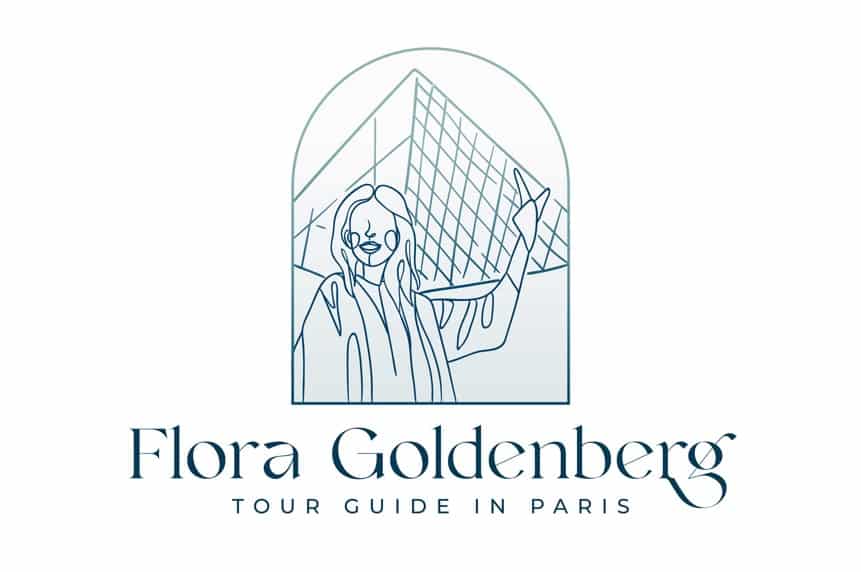