I am Flora Goldenberg. I am a Tour guide in Paris.

Here is a short list of what you can do during a Yeshiva Week in Paris.

1- Where to stay in Paris for Yeshiva Week

I highly recommend to stay in Le Marais because it is the most beautiful area of Paris, one of the safest, and it includes of course the Historic Jewish Quarter of Paris.

Le Marais is a trendy area and is considered very secure. 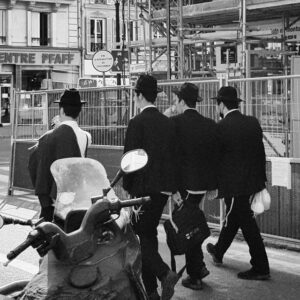 The answer is YES. 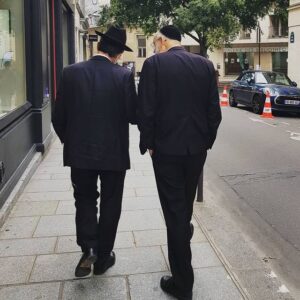 Although, I recommend that you wear kippah or other Jewish clothings in the central areas of Paris like le Marais and the other jewish neighborhoods like Belleville – You will see many Jews of Paris wearing a kippah and sometimes even a full jewish apparel.

My tours evolve around the Jewish Heritage of Paris but not only.

Le Sentier and Monceau are also part of my favorite jewish areas of Paris and considered very safe. 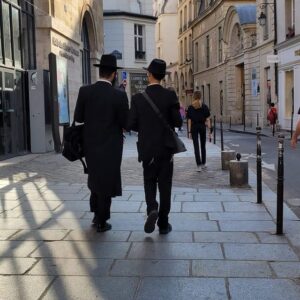 The Marais is a Jewish Area located around Metro Saint Paul. I advise you to use the app plumguide.com  and search for Paris 75004 which the 4th arrondissement of Paris and where you will find historical apartment next to orthodox and liberal synagogues. 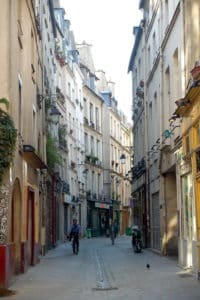 You are free to visit synagogues of the neighborhoods, there are about 10 synagogues in the area, and before shabbat, people get together in the street and sing and dance…

The kosher bakery of Murciano is one of the famous stores in Rue des Rosiers. You can taste some jewish Kosher bakeries from North Africa. 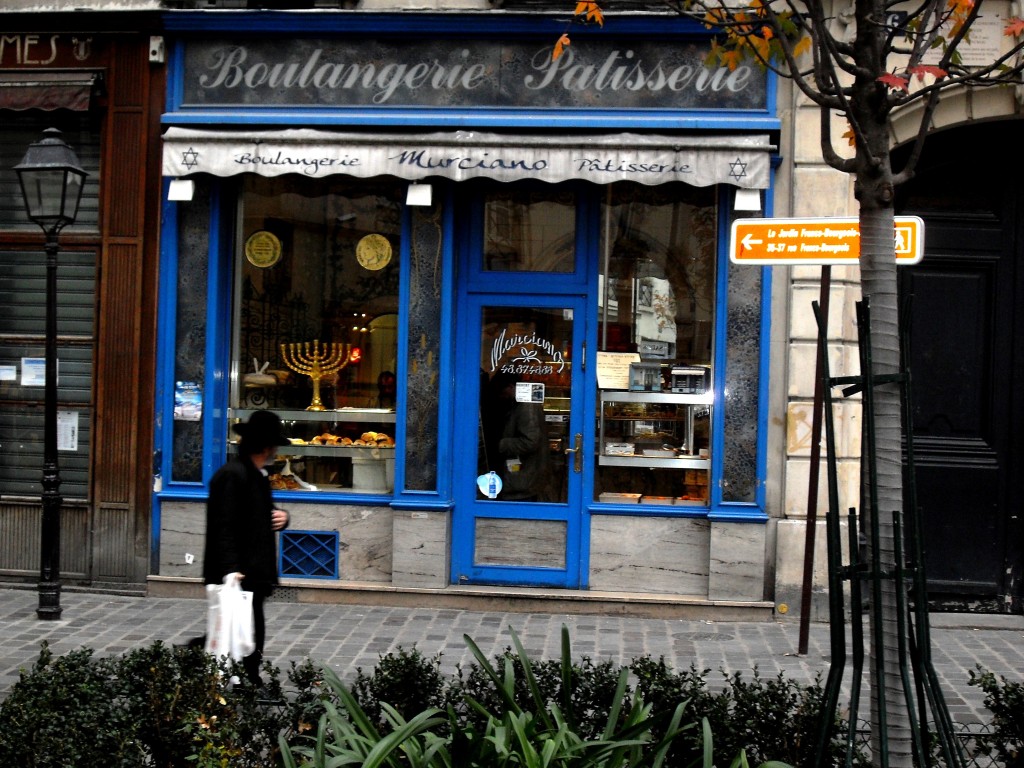 Where to eat on Yeshiva Week in Paris ?

I recommend that yousee my full list of Glatt Kosher Restaurants of Paris.

If you want a larger list, here is my email, I will be happy to send more recent recommendation : Flora.Goldenberg@gmail.com

Where to go on Yeshiva Week in Paris ?

I offer a car tour of Paris to see all the monuments of Paris with a safe and clean Paris driver Sam. 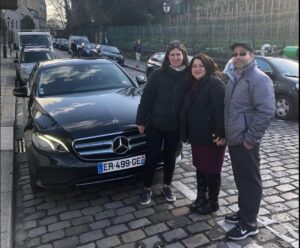 2 – Tours in Paris for Yeshiva week 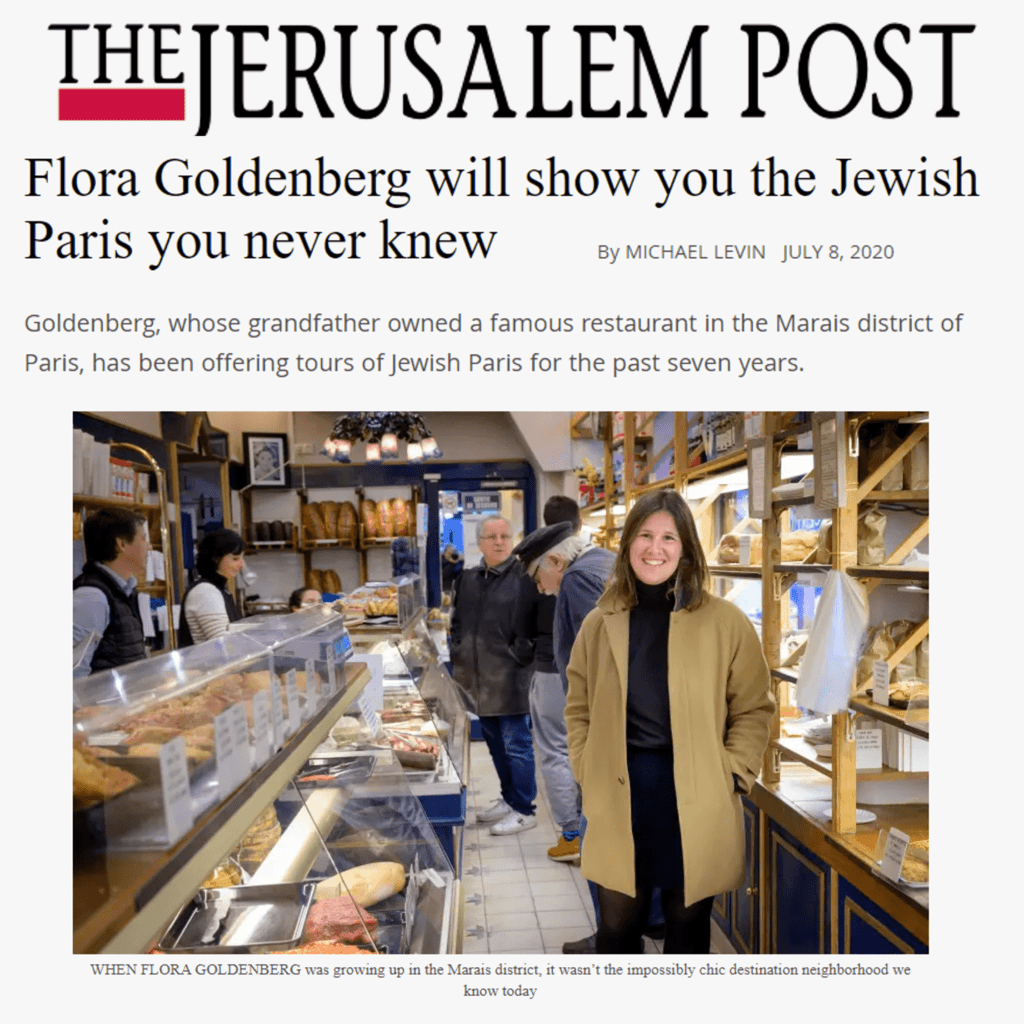 What is the Jewish Louvre tour ?

The tour is about the History of Israel, the artefacts retrieved from Israel and Jordan, the paintings of Jerusalem and many more objects cited in the Bible that still exists today in the Louvre.

The tour happens in the most beautiful Museum of the world : Le Louvre.

During the Louvre Jewish Tour, you will of course get to see the highlights of the Museum : Mona Lisa, Venus de Milo and other unique pieces of Art .

But we will also focus on the jewish influence on the Louvre, the artifacts found in the old Israel’s Kingdom and the jewish families donations to the Louvre.

I recommend this tour on Yeshiva Week because you will be lucky to be in Louvre when it is not crowded like it is, during summer or during new year vacation. 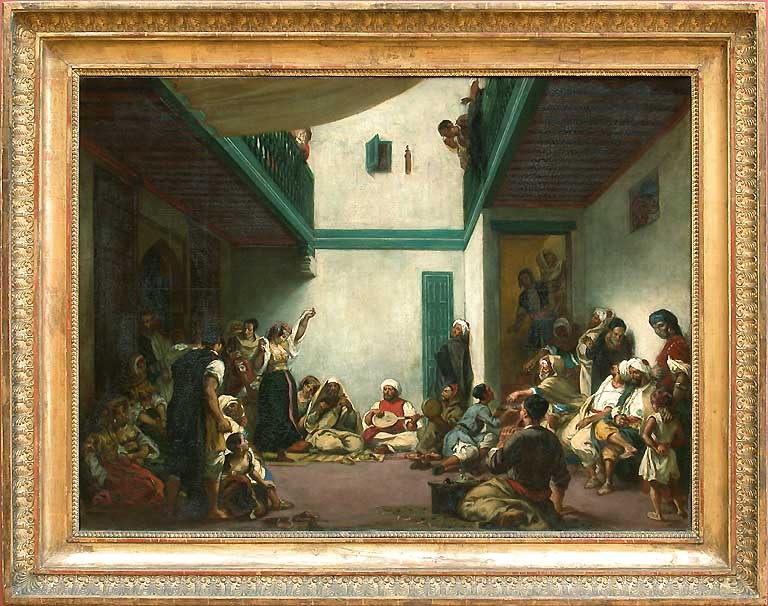 To understand fully the presence of the jews in Paris from the beginning, 2000 years ago and how did they survive the Shoah in Paris during WWII, you should follow me on The Walking Jewish Tour of le Marais ( 3 hours ) :

I will explain the history and the life of the Jews in France since the Romans and during the middle ages. You’ll hear stories of anti judaism, and see places related to the history of the Jews during that time.

Then we’ll talk about the history of the Jews after they were expelled from France in 1394, at the French Revolution, and during the 19th century. You’ll hear about the famous Dreyfus case, and other stories of when antisemitism was developed, at the same time as when the Jews were assimilating in France and great wealthy families became very successful in France (the Rothschilds, the Camondos…)

We’ll continue to explore the history in Le Marais, the Jewish area, which is a beautiful old part of the city. We will visit a synagogue, see commemorative plaques for WWII, talk about the occupation of Paris, while discovering the cute narrow streets of le Marais, it’s lively cafés and bakeries, it’s schools and parcs. On the way you’ll also see some private mansions built in the 17th century. The tour can include the holocaust memorial  (free entrance) which is also situated in the Marais.

The kosher food tour of Paris is  a tour where we learn about the Jews of Paris and the food : Yiddish, eastern european and sephardic food, pastries… We will navigate the small street of Paris and get inside 2 synagogues on the way. 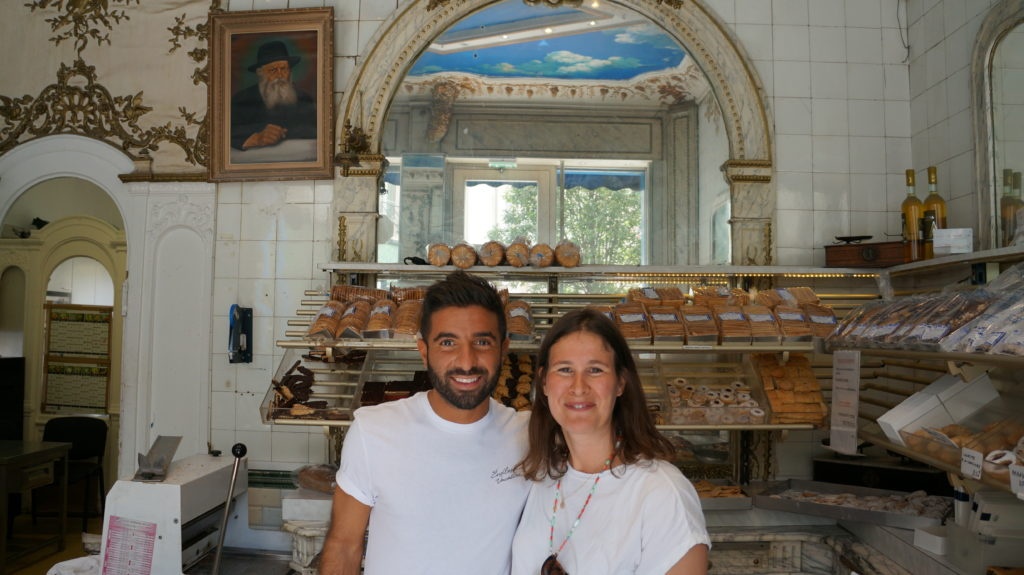 You can read more about Flora Goldenberg on the Jerusalem Post here.

Activities for Kids during the Yeshiva Week in Paris ?

I prepared many Treasure Hunts with Made-in-France Gifts and food surprises, adapted for kids !!

Thanks to a booklet full of riddles and images, the children will learn about Art and History inside the Louvre Museum.

We will see the Art Masterpieces of the Louvre and learn how to navigate a museum.

This is an outside activity with kids, in le Marais : we will ask and answer questions about the jewish heritage, search for the jewish landmarks to find clues and discover the history of jews in Paris from 2000 years ago to now.

Kids and Parents can of course ask me questions about the Today Situation of Paris and the Jews in France.

Here is my email :

The Goldenbergs in Rue des Rosiers

My Family, the Goldenberg, arrived in Paris in the beginning of 1900. They opened their first shop in the 1920s : 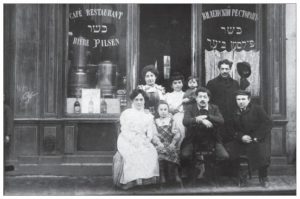 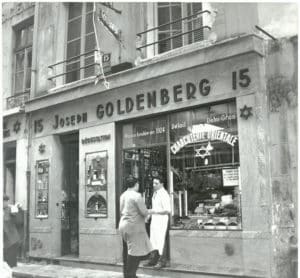 You can also read about my family on wikipedia or Jerusalem Post.