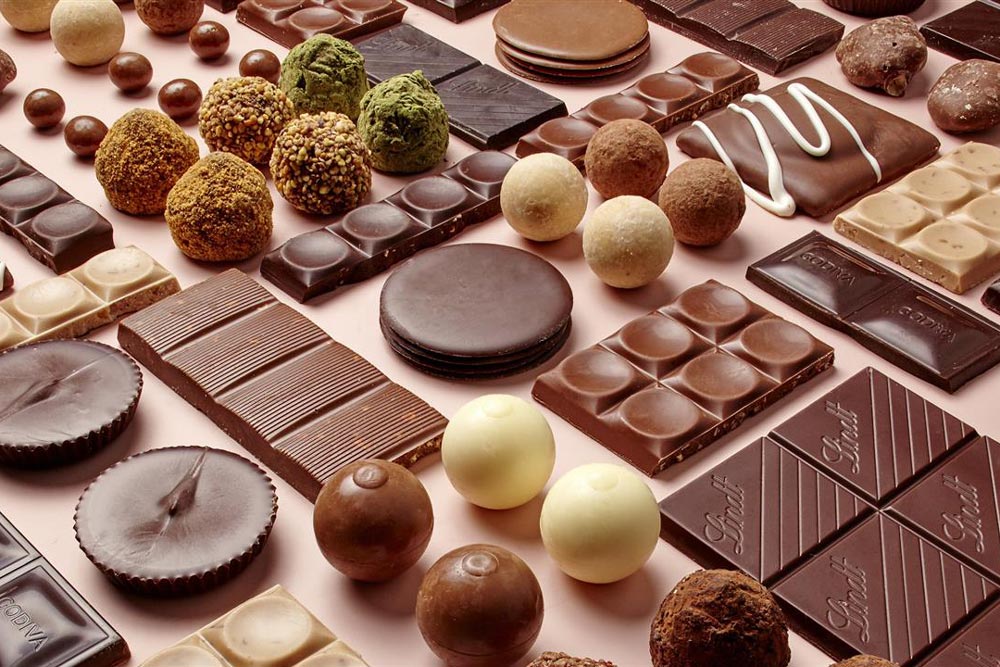 Is there a link between Jews and Chocolate in Europe ?

To our great amusement, Jews played a major role in introducing chocolate in Europe.

First, let’s take a second to think about the sweetness of chocolate, which is everywhere today. 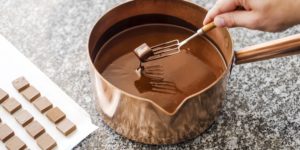 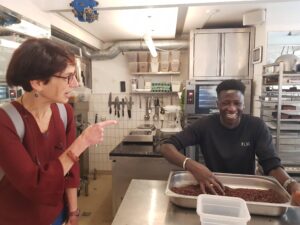 Where does the Word Chocolate come from ?

Yet the word derives from an Aztec (Nahuatl) word, xocolatl, a combination of two words xocoli which means bitter, acid, and atl (water).

Easy, and not that surprising after all, as we all know that chocolate is made out of the very bitter seeds of the cacao tree ( cacaohoaquahuitl Tree ) .

We may also remember that chocolate, for most of its history , not less than 3000 years, was mainly a beverage.

In the imagery of the Maya and Aztec people, the tree (in Nahuatl cacahoacuahutil) was associated with the Aztec God Quetzalcoatl, and the beverage with human sacrifice.

While the Maya drank their chocolate warm, the Aztec preferred it cold, and started to season it with flower petals and all sorts of spices.

How Europeans discovered their first Chocolate ?

The first European contact  with the cacao beans dates back to 1502. Christopher Columbus, in his 4th journey to the Honduras coasts, relates seeing a big native boat with various goods and “almonds” used for trade. Among them was one – the cacao seeds – that seemed to matter a big deal.

Yet it was Hernán Cortés, the Spanish “conquistador” of Mexico, who,  a few years later (1519), introduced chocolate to Europe.

Rather quickly the beverage, sweetened with sugar, honey or vanilla, became a favorite among the Spanish kings and high society, and started to make its way to other European courts.

What does Chocolate have to do with the Jewish history in France ?

So here we are in the city of Bayonne, in Southern France, on the Spanish border. Thanks to its large harbor, the small city of Bayonne will become in the 17th and 18th Century a real hub between the South and the North of Europe.

It was in Bayonne, and more precisely on the other side of the Adour river, in the district of Saint-Esprit, that, after the expulsion of the Jews from Spain (1492) and the creation of the Inquisition in Portugal (1536) that some converted Jews, “New Christians” as they were called, some of whom continued to practice in secret their Judaism (“marranos”), had found shelter.

Moreover, in 1550 they even received the local authorization to settle down (one should not forget that at this time the 1394 edict of expulsion of Jews from the Kingdom of France was still in vigor).

Many of these Spanish and Portuguese Jews, known as “the Portuguese Nation”, were traders and merchants.

They brought to Bayonne their know how and the necessary tools to make chocolate, as well as their contacts with the New World.

It was thus here in Bayonne, in 1615, on the occasion of the marriage of Anne of Austria, the daughter of Philippe III, king of Spain, with Louis XIII, that hot Chocolate was served and that France discovered what chocolate was! It was later on during the kingdom of Louis XIV and his wife Marie-Thérèse of Austria that the “Spanish chocolate” made its entry to the Versailles Palace and became popular among aristocrats.

Why the Jews have struggled in making Chocolate in France ?

Yet, the story, and the history of Jews of France, did not go smoothly in Bayonne.

Chocolate, being a luxurious product, reserved for the high society, every  “chocolate maker” kept highly secret his techniques and his knowhow.

Yet, the Jews were only allowed to remain in Bayonne during day time and had to return each night to Saint-Esprit across the river. Slowly, they had to pass on their art to Christian apprentices. Rivalries thus started between fabricants, and a series of restrictions prevented the Jewish traders from practicing their trade, culminating, in 1761 with the creation of the chocolate guild which stipulated that a “chocolate master” can only be one who belonged to the Catholic Apostolic Roman Church! Protests arose not only from the Jewish merchants, and, in 1767 the Parliament of Bordeaux (court of Justice) suppressed the guild.

Chocolate after the emancipation of Jews in France

13 years later, in 1790, a year after the beginning of the French Revolution and a year before the rest of the Jews in France, the “Jews of the Portuguese Nation”, were finally granted equal rights and were thus the first in Europe to be emancipated.

As to Bayonne and its chocolate reputation, the city became in the 19th Century the first chocolate city in France, with more than 30 manufacturers of chocolate Today, even though less than in previous centuries, the chocolate industry remains an important activity in Bayonne.

Next to the two historical manufacturers Cazenave and Daranatz, one can visit and taste the flavor of some modern ones such as l’Atelier du Chocolat, and Monsieur Txokola.

Many Chocolate Artists chose to open their shops in Paris center.

Some of these masters let you see them at work !

If you love chocolate, you can discover the best chocolate shops in Paris during our French Food Tasting Tour in Le Sentier 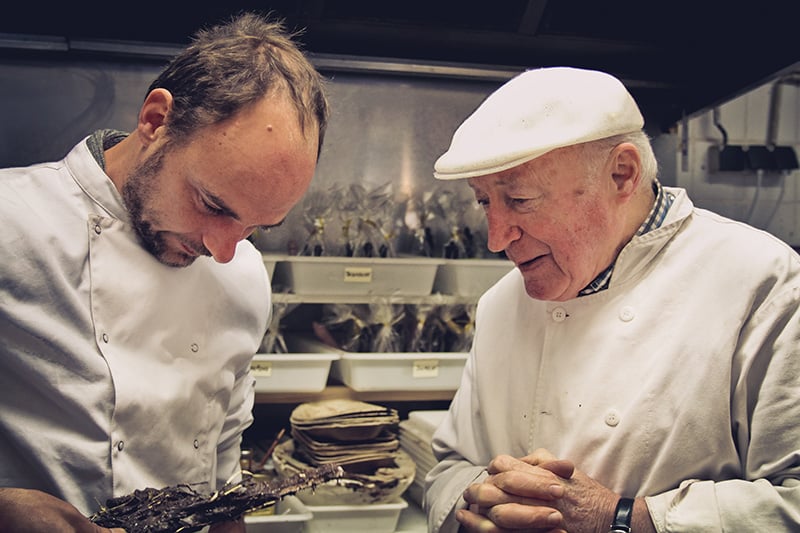 Le Sentier is one of the oldest Sephardi Jewish area of Paris. It was famous for textile and Jewish commerce.

After the 90s, Le Sentier welcomed many start-up companies and some even call it “Silicon Sentier” of Paris.

Le Sentier became a very trendy quarter full of nice boutiques, food and wine bars, it is located in the center of Paris, in the 2nd arrondissement, not far from le Marais.

This Article is written by my friend and colleague Livia.

She is a Historian, born in Israel. She lived in New York and now she lives in Paris.

She is an excellent communicator and an amazing Tour Guide in Paris.

She also does the Jewish Tour of Paris, you can read more about her.

Famous for its fabric/textile shops, this is where the Jews settled, as well as the main printing shops and newspapers started in the 19th century.

This is the perfect area, if you want to taste life the way the Parisians live it.

This tour will include different visits and tastings. One is a chocolate shop, where you’ll discover chocolate as an art experience.

Each chocolatier has his own creative style and the chocolate shop that you’ll visit is unique for its original creations, but also because it is a very rare place where the lab to make the chocolate is there, at the same place where you’ll eat it ! Discover how the old-fashioned artisan chocolatier used to work. You’ll learn how chocolate arrived in France, the story of the cocoa bean and it’s journey.