The Maimonides in Paris

What has Maimonides to do with Paris?

Why tell the story of this important Jewish figure who lived in the Arab world in 12th centrury?

He was a philosopher, a physician and an “influencer” as we would call him today.

He never set foot in France, but until March 2022 there is a wonderful exhibit in the museum of the “Institute of the Arab World” in Paris, called “The Jews of the Orient“.

The exhibit displays 280 objects, artworks, books, clothes and religious items. We learn about 2600 years of Jewish presence in the Middle East as well as the coexistence of Jews in the Muslim world since the 7th century until today.

And one of the most moving pieces is a handwritten text in Hebrew and Arabic by the hand of Maimonides.

It was written in the 12th century, when he lived in Cairo.

Let’s find out who Maimonides was and why he is so important for us all, even today. 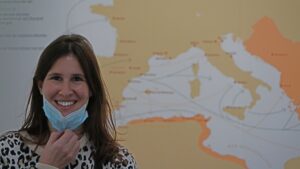 Maimonides life in a nutshell

Maimonides was born in 1138. His name was Moses Ben Maimon, meaning Moses, son of Maimon. Another name is also used for him, Rambam, the acronym for Rabbi Moses Ben Maimon.

He was born in the city of Corduba, in the south of Spain.

At that time, the south of Spain was ruled by Muslims. They were tolerant towards Christians and Jews, even though non Muslims were considered “ dhimmi” . A “dhimmi” was a non Muslim who was a second class citizen but was protected by the Muslim ruler.

Maimonides’ father made him study the Torah, the Jewish bible. He was an excellent student and took upon him to tutor his younger brother even though he was still a child himself.

When he was 10, a change of Muslim rule forced the Jews in Southern Spain to either convert to Islam, to leave Spain or to be killed.

Maimonides’ family opted for the “conversion”, but they continued to live according to the Jewish law in secret. 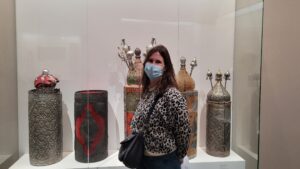 They then moved to Morocco, Egypt and Israel, where Maimonides and his brother David studied medicine and law.

The two brothers ended up settling in Egypt but Maimonides missed Israel for the rest of his life.

From the 1160-s there were many events that marked Maimonides’ life.

His brother died, leaving Maimonides inconsolable for the rest of his life.

Also, Maimonides published a book about his vision of the Jewish religion. It was very modern and therefore controversial within the Jewish community.

Rambam showed his talents as a leader

A Jewish community in Egypt was held hostage by a Crusader king and a large ransom was demanded. The “ Nagid”, meaning the chief Rabbi of Egypt, didn’t know what to do.

But Maimonides did!  He wrote letters to all the Jewish communities in Egypt and asked them for a small amount of money, thus collecting the entire sum.

In 1171, the famous Salah-a-din, better known as Saladin, became the Sultan.

He appointed Maimonides as the physician of his family and named him Chief Rabbi of Egypt.

In the little spare time Maimonides had, he wrote 7 Jewish philosophical books, 12 medical books and many papers on Logic.

At one point he met the King of England, Richard Lionhearted, who asked him to come with him and to become the Chief Rabbi of England.

But Maimonides, who spoke fluent Arabic, Hebrew, Greek and Latin, declined. He remained working in Egypt and died of exhaustion at the age of 66, in 1204.

His only surviving son, Abraham, took over his two jobs and, according to the wish of his father, had him buried in the city of Tiberias, near the Lake of Galilee, in Israel.

The Jewish teachings of Maimonides

Maimonides was aware that reading and understanding the full meaning of the Torah was very complicated for most Jews.

He was also aware that the existing book explaining the Torah, called the Talmud, was just as complicated to understand as the Torah.

So he wrote a book that condensed the 2711 pages of the Talmud into 14 chapters that each described an important theme, such as Women, Judges, Civil laws, Ritual Purity.

The book was called Mishneh Torah and is used until today.

Let’s take a closer look at what Maimonides had to say about women in the Jewish religion.

He believed that women should look up to their husband and should obey him. But he also believed that a woman should be able to ask for a divorce if she thinks her husband is not nice to her.

He also said that a man can kiss his wife at any part of her body, and make love to her in any way he desires, but never against his wife’s will.

He was against marrying girls that were minor and got rid of an old belief that said that when a women became a widow for the second time, “she was probably a murderer and should never marry again”.

For a man living in the 12th century, this was extremely modern and shows us how special Maimonides was. 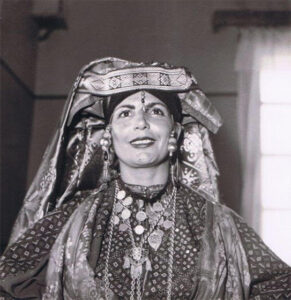 Maimonides modernized medicine all by himself.

He studied and diagnosed asthma, diabetes, hepatitis and pneumonia. He was also the first physician to say that we should eat with moderation, practice sports and he discovered that a balanced mental health is extremely important for our body.

Thanks to Maimonides there were many public medical clinics spread all over the Muslim territories.

The clinics kept archives on their patients and functioned as universities for future physicians.

The hospital beds always had clean cotton sheets so some people would fake to be ill, just to have the pleasure to sleep in a clean bed.

In Cairo, where Maimonides lived, the hospital had separate departments, according to their disease and contagious patients were treated in a separate hall.

The patients were given clean pajamas, while their personal belongings were safely stored in a separate place. 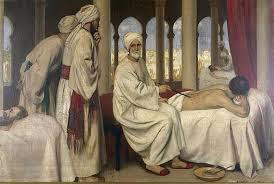 The personal Physician of Saladin

Maimonides was the physician of the extended family of Saladin but not of Saladin himself. Saladin had his own personal Jewish physician.

So why discover the Maimonides before your stay in Paris?

First of all, when you come to Paris for your next trip, we highly recommend you book a visit to the museum of the “Institut du Monde Arabe”

The Pritzker prize awarded architect Jean Nouvel, built this amazing institute that connects with the cathedral Notre Dame. By doing so he wanted to create a link between Europe and the Arab world. The building’s southern wall is made of 240 mashrabiyas, typical decorative windows in the Arab world. The Northern facade connects the building with the skyline of Paris.

Inside the building is a huge tower, directly inspired by the Peggy Guggenheim museum in New York.

We can combine the visit of this building with a visit to the stunning Great Mosque of Paris, where we will tell you about the heroic Si Kaddour, a tolerant Mufti of Paris who during WW II, agreed to register Jews of Paris as French Muslims, in order to protect them from deportation. 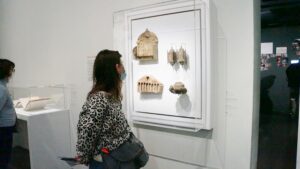 And of course we can take you to the Louvre museum.

During this tour, we will explore the life of the painter Theodore Chassériau who visited Morocco and painted Jewish women inside their houses. We will also use the opportunity to see the beautiful paintings of Eugène de La Croix, the statue of Ain Ghazal, see the paintings of Jerusalem and the ancient artefacts related to Israel and found in Jordan … 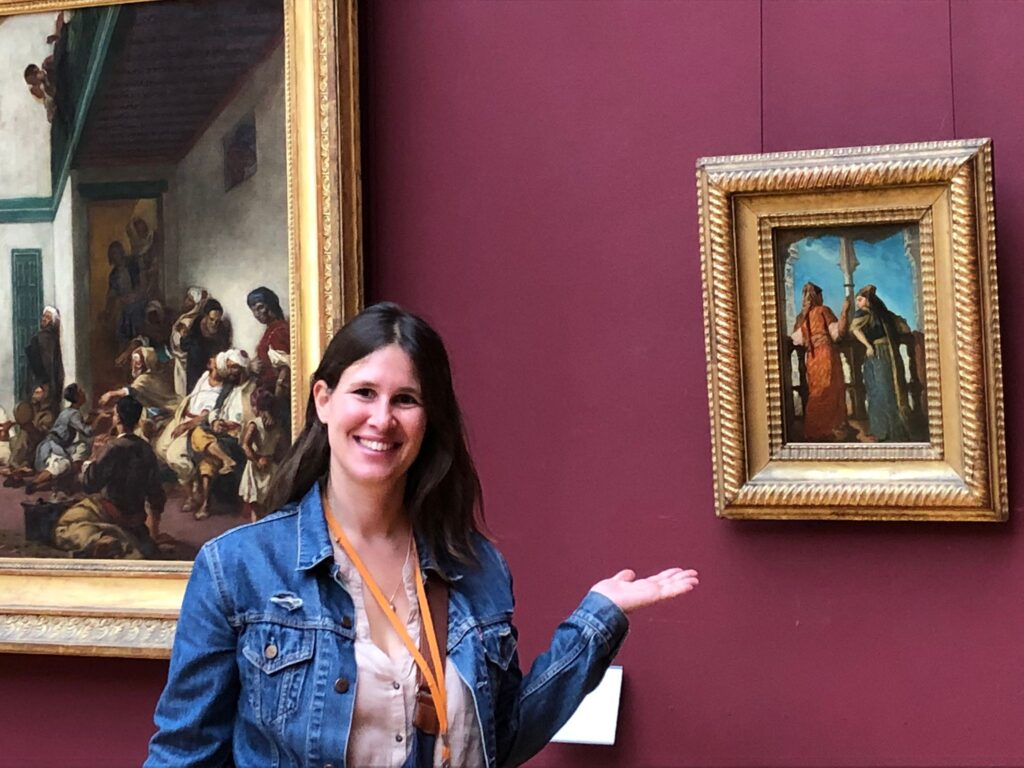 The exhibit was beautiful and very complete. It showed how tich the jewish heritage is, and how far it thrived with the Arabic culture. (it ends in March 2022) 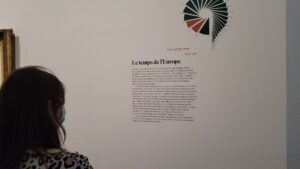 The Maimonide was a great example of a European Jew who managed to flourish within a Muslim and Arab environment.

The Jewish leader learned to speak arabic and was given prestigious positions. He proved to be of great value to the Jews, the Arabs, the Muslims, the Christians and humanity in general.

Seeing a text in Arabic and Hebrew that was written by Maimonides himself is an example that it is possible for Jews and Muslims to progress together.

If you want to read more of my articles, I suggest to you: Benjamin Franklin in Paris, The Dreyfus Affair, or Lafayette General life.

If you want to talk with me over email : flora.goldenberg@gmail.com
I hope you enjoyed reading.
Looking forward to hearing from you.
Best regards,
Flora – tour guide in Paris 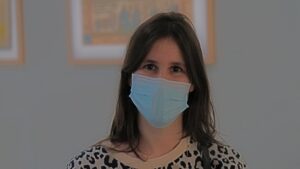